Children are at increased risk of accidental poisoning from edibles, study finds 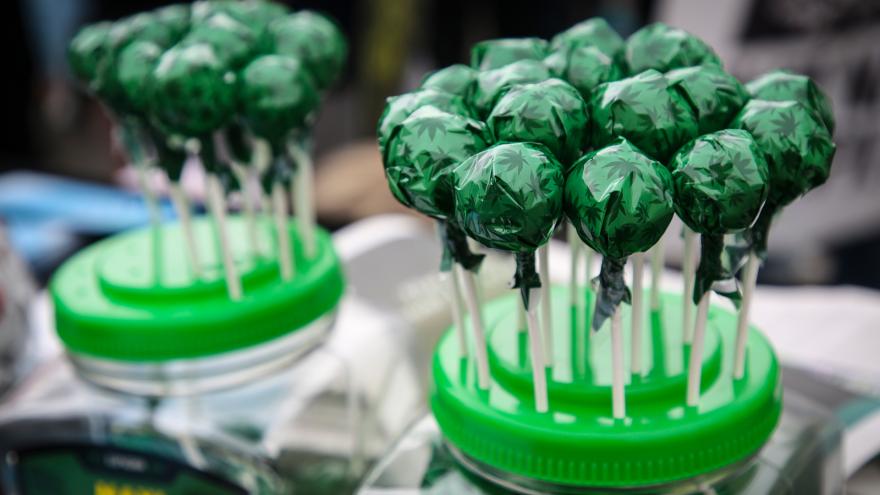 (CNN) -- Children are at increased risk of accidental poisoning from edibles and other products made from marijuana, according to a new study analyzing calls to poison control centers from January 2017 through December 2019.

The largest proportion of those calls involved edibles (36.6%), the study found.

It's a trend that pediatricians and emergency room doctors have seen over the years as more and more states legalize marijuana, said Dr. Brian Johnston, an executive committee member of the American Academy of Pediatrics' Council on Injury, Violence and Poisoning Prevention, who was not part of the study.

"Children are especially vulnerable to poisoning by cannabis in edible products. These products look like cookies, brownies, gummies, candy or soda. Many are even intentionally packaged to resemble popular sweets," said Johnston, a professor of pediatrics at the University of Washington.

Products made from weed often have "higher levels of tetrahydrocannabinol (THC) than unprocessed cannabis plant materials," the study found, which could result in greater short-term effects, such as "cognitive and psychomotor impairment."

"Despite their ordinary appearance, a single cannabis cookie or candy bar can contain several times the recommended adult dose of THC. Anyone who eats one of these products -- especially a child -- can experience overdose effects such as intoxication, altered perception, anxiety, panic, paranoia, dizziness, weakness, slurred speech, poor coordination, or even breathing and heart problems," Johnston said.

What parents can do

The study, published Monday in the journal JAMA Network Open, found exposure to weed in plant form declined over the study period, while exposure to products made from marijuana "increased overall and for each specific product type."

The study also found more calls to poison control centers about marijuana in states that have legalized weed. "Higher rates in legal states suggest that continued increases may be expected with adult cannabis use legalization in more states," wrote a team of researchers.

In addition, manufacturers may develop even more "novel products," the study authors wrote, "which could present additional health risks."

Parents who live in states where marijuana is legal "can set a good example and never use these products in front of children," Johnston said, adding the following tips:

More needs to be done to protect children, Johnston added.

"Pediatricians believe that -- if cannabis is legalized for recreational use -- there should be strong regulations requiring edible products be sold in child-resistant packages," he said.

"These should be resealable, opaque -- even after opening -- and contain no more than a single serving. And manufacturers should move away from making products that look like candy, soda or dessert," Johnston said.