Child in Taiwan caught in kite and swept high into air 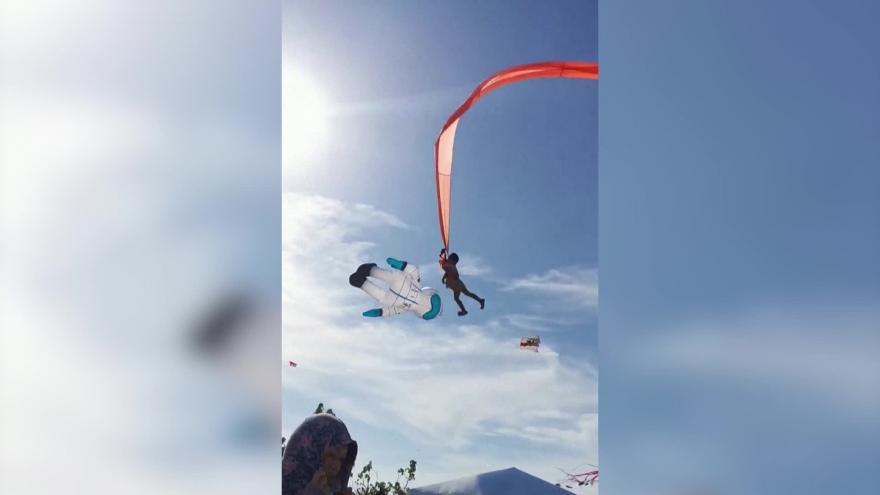 (CNN) -- A kite-flying festival turned terrifying in Taiwan on Sunday when a 3-year-old girl became entangled in tail of giant kite and sent flying high into the air.

The international kite festival was being held in the city of Hsinchu, south of the capital Taipei. Video of the accident, which circulated widely on social media, show several people preparing the large long-tailed pale orange kite for flight next to a crowd of viewers. The kite is already billowing from the strong wind.

Then, the organizers let the kite go -- and it flies up, along with a toddler dangling from its tail. It's not clear how close she was to the kite on the ground, or how she got caught in it.

Screams can be heard in the video as the child is lifted high into the air, being swung about wildly by the kite and wind. She was airborne for about 30 seconds before the kite was pulled low enough for audience members to grab and release her.

She was immediately rushed to the hospital with her mother and festival staffers, but miraculously only suffered minor injuries with abrasions to her face and neck, according to Taiwan's government-run Central News Agency. She has since been discharged and is home with her family.

In a statement on Facebook, Hsinchu Mayor Lin Chih-chien apologized for the incident, and said the festival was immediately suspended to ensure attendees' safety.

"We will review the circumstances to prevent accidents like this from happening again, and hold people accountable," he said.

The wind at the festival on Sunday afternoon was unusually strong, reaching a 7 on the Beaufort Scale -- meaning wind speeds ranged from 32 to 38 miles per hour (50 to 61 kilometers per hour), according to CNA. That's just one tier below one tier below gale-level winds on the scale. 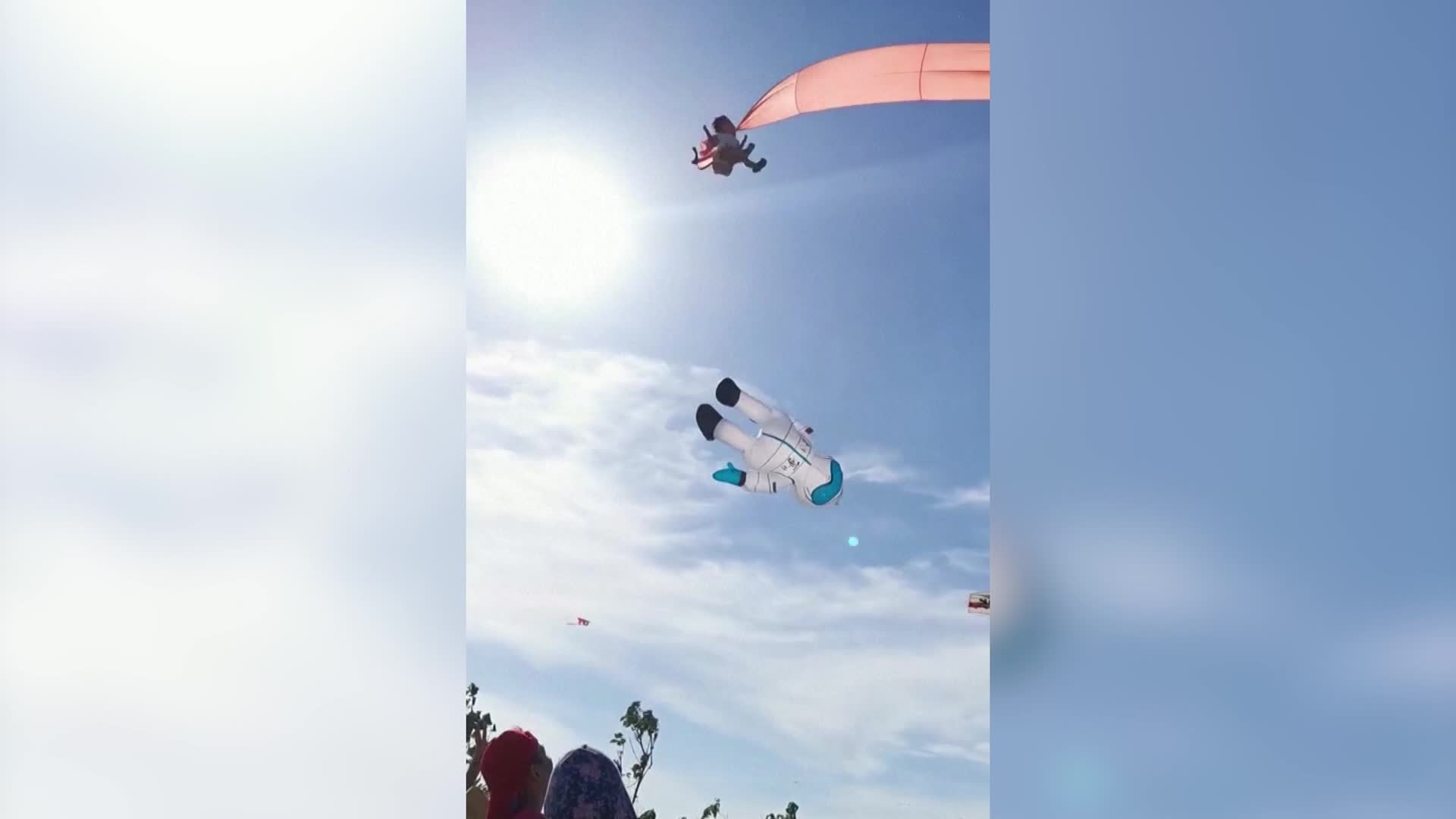