Child abuse visits to emergency room down -- but injuries up, report says 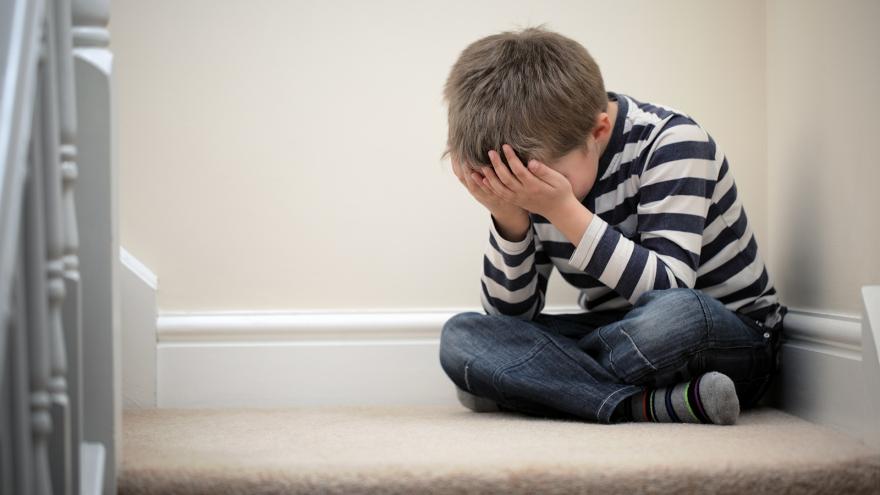 (CNN) -- Visits to the emergency room for cases of child abuse and neglect of children under 18 years of age dropped by 53% in mid-March compared to the same time frame in 2019, according to a new analysis by the United States Centers for Disease Control and Prevention.

The sharp decline began just days after the federal government declared a national emergency due to Covid-19 and many communities locked down to contain the spread of the virus, according to the report published Thursday in the CDC's Morbidity and Mortality Weekly Report.

The decline mirrored a similar drop in calls to child abuse and neglect hotlines during the spring, as stay-at-home orders and social distancing measures kept kids out of sight.

Despite the drop, the study found the number of abused children who required hospitalization remained the same as last year, "suggesting that injury severity did not decrease during the pandemic," the CDC researchers said.

"If a child is really injured or the baby stops breathing due to a head injury, you can bet that parent is going to bring the child in or call 911," said child abuse pediatrician Dr. Lori Frasier, who is division chief of child abuse pediatrics at Penn State Milton Hershey Children's Hospital.

What appears to be good news -- a decline in child abuse emergency room visits -- might instead be families failing to bring in children with less significant injuries, said child abuse pediatrician Dr. Robert Sege, who directs the Center for Community-Engaged Medicine at Tufts Children's Hospital in Boston.

"Most child abuse is caused by neglect, and physical abuse doesn't always cause a kind of serious injury that requires hospitalization," said Sege, who is also a member of the child protection program at Tufts Children's Hospital.

An early report from the United Kingdom found a startling increase of abusive head trauma, also known as shaken baby syndrome, at a children's hospital in London just as the UK began to impose a strict lockdown. Abusive head trauma is a serious head injury caused by shaking, hitting, throwing or slamming a baby down on a solid surface, injuring the brain. The injuries can cause life-altering brain damage, even death.

There are anecdotal reports of increased violence in the US as well. For example, Frasier said her institution typically sees about one in four children die from abusive head trauma. "This summer I had five abusive head trauma cases that I was involved in, and four died," she said.

Child abuse escalates when families are overwhelmed. The pandemic's perfect storm of school closures, social isolation, separation from loved ones, interrupted income and job loss has worried child abuse experts, who fear a hidden epidemic of abuse that has so far gone undetected.

Most reports of physical abuse and neglect come from mandated reporters, such as teachers, social workers and pediatricians, who are required by law to report suspected abuse. Yet, when schools shut their doors and doctor visits slowed during the pandemic, no one was available to see and report on what might be happening to children at home.

As expected, reports of abuse to child protective services fell dramatically over the course of the pandemic, in some cases up to 70%, according to the CDC report.

In Massachusetts, an earlier CNN investigation found reports of alleged child abuse dropped nearly 55% from 2,124 in the first week of March to just 972 by the last full week in April. Connecticut, California, Michigan, Kentucky, New Hampshire and Louisiana have all told CNN they had seen double-digit percentage drops when stay-at-home orders were in place.

At the same time, other protective services have also been curtailed during the pandemic, such as home visits by social workers, mandatory court appearances and parenting skills programs.

The drop in emergency room visits due to child abuse occurred during the week of March 15 and continued to remain low during the spring, the CDC study found.

The numbers mirrored a similar decline in emergency room visits for any cause, as people choose to use telehealth or forgo medical treatment for fear of catching the virus. Over a three-week period from late March to mid-April, emergency room visits declined by approximately 72% among children younger than 14 years old.

"This agrees with the experience of myself and my colleagues in child abuse pediatrics -- in general, there was less reported child abuse during the early phases of the pandemic," Sege said.

"And there has been a lot of speculation about why that may have happened," he said. "Ideas range from children being more invisible to oversight by child protective services, to adult family members receiving the $1,200 stimulus checks, which may have briefly lowered levels of child poverty in the United States. Childhood poverty is clearly a driver of child abuse."

Frasier too saw a reduced volume of child visits at her clinic, but did find that "the percentage of children who were seen for child abuse and neglect dropped less than the overall."

That, she said, suggests parents were not bringing their kids for regular injuries or concerns, "but kids who had significant injuries from abuse, still came."

Despite the ongoing concern among child abuse workers, available information is still too sparse to illuminate what is truly happening to children when it comes to abuse, Frasier said.

"I think the data is not yet ready for prime time," she said. "Plus there is an economic hit about to happen that may worsen things for children. We won't really know what happened during the pandemic, till it is over."