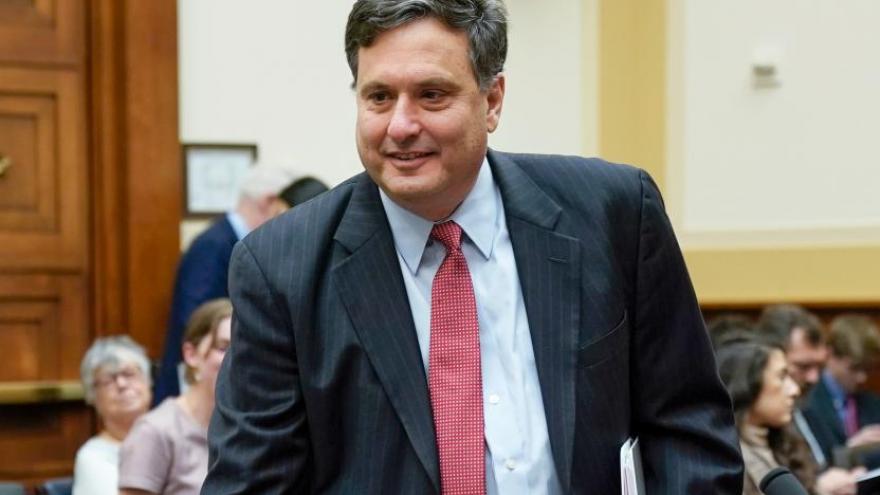 Chief of staff: White House hopes to revive Donald Trump plan to mail masks to Americans. In this image, Klain is seen in Capitol Hill, February 5, 2020 in Washington, D.C.

(CNN) -- The Biden administration is hoping to resurrect a proposal from the Trump administration to mail face masks to every American in an attempt to stop the spread of Covid-19, White House chief of staff Ron Klain said Thursday.

"This was an idea that really came up last year in the Trump administration -- the public health agencies recommended it, President Trump vetoed it for some reason," Klain told NBC's Lester Holt. "We want to get this back on track. I hope in the next few days, or next week, we may be able to announce some progress on this."

The US Postal Service had planned to distribute 650 million face coverings for the Trump administration last April, according to internal documents reviewed by CNN in September. A senior administration official told The Washington Post at the time that the plan was scrapped by the White House as some advisers were worried that it could create "concern or panic."

The Biden administration's professed amenability to the proposal comes after US Centers for Disease Control and Prevention Director Rochelle Walensky appeared to cast doubt on whether sending Americans masks would necessarily convince those who did not already wear them to do so. When asked by CNN's Anderson Cooper last week if it made sense for the federal government to send masks to American households, she replied that "it's not entirely clear to me that the reason people aren't wearing masks is because they don't have access to them."

"Certainly, I would highly advocate for those in areas where they're under-resourced and they can't purchase masks or they don't have access to masks, we need to make sure that people have the protection," Walensky continued. 'But it's not entirely clear in my mind that the challenge of mask wearing has been one of access."

On Thursday, Klain again defended the administration's target of getting 100 million people vaccinated for Covid-19 in its first 100 days, telling Holt that "we're trying to ramp up vaccine production and vaccine distribution -- we'll have more to say about the targets that come after."

President Joe Biden said last week that he expects the US will soon be able to vaccinate 1.5 million people a day, raising the bar by roughly 500,000 more vaccinations than its target of 1 million per day in his first 100 days in office. He said the US could surpass that initial target in about three weeks.

According to data from the CDC, vaccine administration first hit 1 million per day on January 7, and while it seesawed under and over 1 million a day in the final two weeks of Donald Trump's presidency, the trend line clearly grew.

"A question's been raised about whether or not these checks should go to people who make $200,000, $300,000," Klain said. "I think if Congress has ideas on how to focus this to make sure that working people, middle-class people, in this country get these checks, we're fine with that idea."

"What we're not going to do is leave out large swaths of the middle class, and we're certainly not going to compromise and reduce the amount of these checks," he added.

Under the Biden proposal, people earning less than $75,000 would receive $1,400 stimulus checks and double that for couples earning less than $150,000, and payments would gradually phase out. That would cover 99% of tax filers earning between $77,100 and $110,700, according to an analysis by the nonpartisan Tax Foundation -- while just 8% of filers in that bracket would qualify under the GOP plan.

About 78% of families would qualify for relief payments under the Republican proposal, while 95% would be eligible under Biden's proposal, according to analysts at the Penn Wharton Budget Model, who warned that the figures are preliminary since no formal legislative text is available yet.