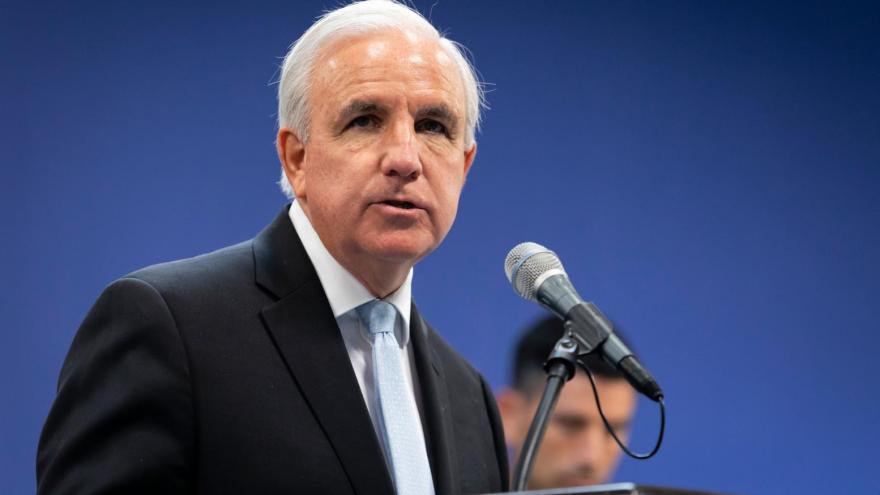 Republican Rep. Carlos Gimenez said he spoke to law enforcement on the morning of Jan. 6.

(CNN) -- A top aide to Republican Rep. Carlos Gimenez of Florida says he spoke with both the Capitol Police and the FBI on the morning of January 6 after overhearing a man in tactical gear talk about storming the FBI building just hours before the deadly insurrection.

Alex Ferro, chief of staff to the Florida GOP congressman, says he heard the comments as he and Gimenez were standing inside the lobby of the Hyatt Regency near Capitol Hill.

Gimenez, who was staying at the hotel as an incoming freshman lawmaker, alluded to the moment during an interview with CNN's Erin Burnett Wednesday evening.

"I know for a fact that I saw people in my hotel room that were saying they were going to do something at 2 o'clock. And that happened at 9 o'clock in the morning," Gimenez told CNN.

Ferro said Gimenez meant to say that the activity in question occurred in the lobby of the hotel, not his room. It was Ferro who initially picked up on the disturbing comments.

According to Ferro, the man who made the remark about storming the FBI did so "with passion in his voice."

"It didn't sit well with me," Ferro added.

"I could have sworn I heard 'we're gonna storm the FBI building,'" Ferro continued.

At approximately 10 a.m. ET on the morning of January 6, Ferro says he alerted both threat assessment investigators with the Capitol Police as well as the FBI about the incident prior to the siege.

The FBI, Ferro explained, wanted to know about the scene inside the Hyatt Regency lobby and whether the man in tactical gear could be identified.

Ferro said the hotel lobby was filled with Trump supporters.

But it was the men in tactical gear who caught the attention of Gimenez and Ferro.

"It just seemed off for a peaceful protest," Ferro explained.

Ferro said he has not heard back from the FBI since reporting the incident to authorities on the morning of January 6.

CNN has reached out to both the US Capitol Police and the Federal Bureau of Investigation for comment, and thus far neither have responded.

FBI officials have spent months attempting to identify the hundreds of Trump supporters, including dozens dressed in tactical gear, who breached the Capitol during the insurrection.