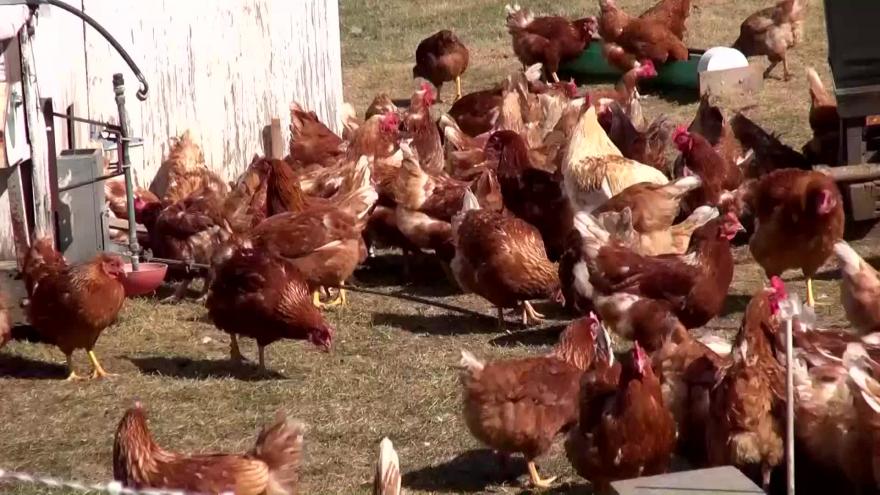 DES MOINES, Iowa (AP) — Nearly 7 million chickens and turkeys in 13 states have been killed this year due to avian influenza, prompting officials and farmers to acknowledge that, despite their best efforts, preventing infections is incredibly difficult.

State and federal officials hope the disease won't spread as extensively as during an outbreak in 2015 that led to the deaths of about 50 millions chickens and turkeys, causing egg and meat prices to soar.

Scientists are confident that wild birds are spreading the disease, but they are unsure how the virus infects commercial flocks in highly secure barns.

Research since 2015 suggests the virus can be tracked inside on equipment, workers, mice, small birds, and even dust particles.