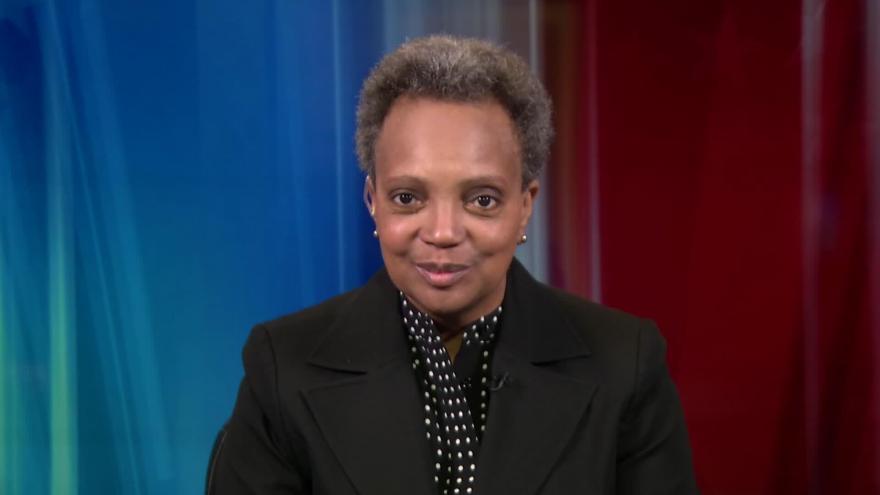 More than 100 people were arrested Sunday and 13 police officers were injured. Other looting occurred in May and June during the George Floyd protests.

"No one should ever feel they can break into our businesses, destroy and steal property and get away with it," Lightfoot said at a news conference on Friday.

"I also want those in particular, who have been shaken by this week, and the events of the summer, to know that I hear you loud and clear," she said. "You deserve to feel safe."

The plan calls for the creation of a 20-person task force within the police department to utilize technology and data analytics to monitor social media for advance notice of gatherings that could turn into a problem, Lightfoot said.

Five hundred additional body-worn cameras will also be distributed to police, she said.

The plan also includes "rapid and agile resource deployment" of officers from impacted districts, including the use of vehicles from the streets and sanitation departments to help with traffic control, the mayor said.

Part three of the plan calls for geographic lockdowns, blocking and disabling vehicles and creating "new hardened cityscape," such as concrete structures, to limit movement, she said.

There will also be a rapid response communication framework to accelerate contact between businesses and the Chicago Police Department.

Part four of the plan will seek to create stronger partnerships with businesses and other law enforcement agencies, such as the Illinois State Police and the Cook County Sheriff's Office.

The final part seeks "robust legal action," including new laws and regulations that are being considered to give the CPD greater flexibility.

The Cook County State's Attorney's Office has agreed to ensure that those involved will be prosecuted, according to Lightfoot.

"When you destroy property with the purpose of taking something that does not belong to you, that is a felony criminal act," Foxx said.

Forty-three felony charges have already been approved in connection with last weekend's incident, 28 of which were burglary or looting, Foxx said.

From earlier looting incidents in May and June, police presented 325 felony cases to the state's attorney, she said. She said 300 of those cases were approved for prosecution as felonies.

Twenty-two cases have been identified to face federal charges, Foxx said, although she did not elaborate on the details of those cases.

Foxx also addressed gun violence in the city, adding that looting is not the only concern the city has this summer.