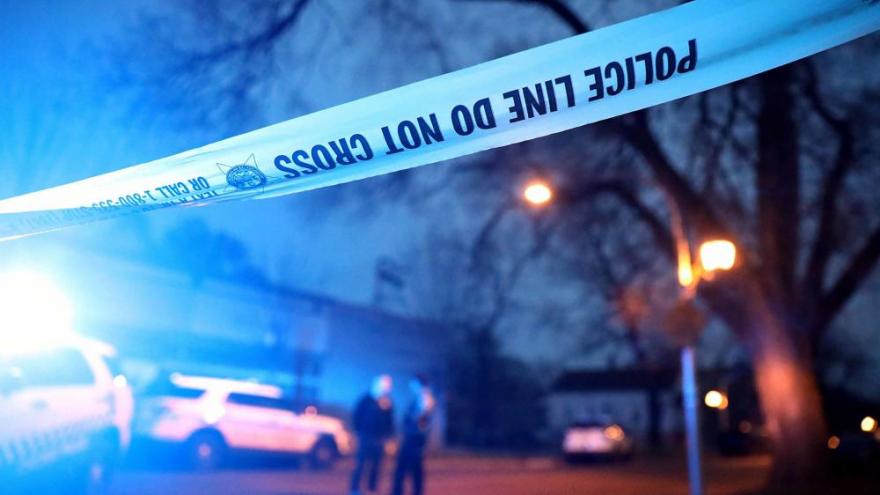 Chicago is reporting a significant drop in homicides for the third straight year, news that city leaders are embracing after the Windy City was singled out for gun violence during a particularly deadly 2016.

(CNN) -- Chicago is reporting a significant drop in homicides for the third straight year, news that city leaders are embracing after the Windy City was singled out for gun violence during a particularly deadly 2016.

That also would be a roughly 35% drop from 2016, when Chicago reported its highest number of homicides in two decades: 756.

The numbers may change -- final counts will be released after an FBI audit is completed in the next few weeks.

They also credit what they call data-driven policing. The department in recent years has created support centers where supervisors use information from many sources and technologies -- including security cameras and gunshot detection systems -- to learn where crimes are happening and where they are likely to occur.

The preliminary count suggests Chicago had close to the number of murders in 2019 as it did in 2015, when the tally was 478.

Chicago-area resident Keith Flowers said he would like the violence to drop further still. Flowers, 52, lost his son to a shooting in Chicago in August.

He said he is grateful that the rates of shootings and homicides are dropping, but there is a long way to go before he feels safe.

"You can't let your kids out to play because you don't know when a drive-by or a shooting is going to take place. So no, we don't feel safe. I don't feel safe," he told CNN.

Beck said the number of homicides were "way too many" for a city the size of Chicago but said he's confident the police force along with city officials and the community are focusing on changing that.

"The pieces are in place to make Chicago the safest big city in America," Beck told CNN on Tuesday. "That won't happen tomorrow, that won't happen maybe even this year (2020) but it will happen if the arc continues on the path that is on."

Beck said some of his priorities for the new year are making police work more effective and build trust within the community.

"I want Chicago to believe in this police department," he said.

The decrease in slayings comes as President Donald Trump has repeatedly criticized Chicago's violence, particularly in 2017. At the time, he said Chicago was "totally out of control" and tweeted that he "will send in the Feds!" At a speech to a group of police chiefs in 2018, he voiced support for punitive "stop and frisk" policies to solve "problems like Chicago."

"Chicago will never stop its crime wave with the current Superintendent of Police. It just won't happen!" he said in a tweet in November. "Thank you to Kevin Graham and all of the GREAT Chicago Police Officers I just had the privilege to meet. Tremendous crime fighting potential if allowed to do your thing!"

Chicago Police superintendent Eddie Johnson, who had led the department for the past three years, was fired in December after Lightfoot said he lied about an October incident. The decline in Chicago's violent crime rate largely tracks with his tenure.

The city's crime rate has also been cited in the partisan political debate about gun rights. As a liberal city, Chicago has strict gun-control policies, so some gun-rights advocates point to the city's crime rate in an effort to prove that gun control is ineffective.

After mass shootings in El Paso, Texas, and Dayton, Ohio, this year reignited the debate over gun control, for example, Ivanka Trump tweeted, "let us not overlook that Chicago experienced its deadliest weekend of the year."

But the gun violence problem in Chicago is more complicated. Many of the guns used in the city's shootings were purchased out of state.

"We border Indiana and Wisconsin, which have really lax gun laws," Johnson said in 2016. "We know that people from Chicago go across the border, fill up gym bags with illegal weapons from gun shows and things of that nature and they come back here and sell them to the gangs."