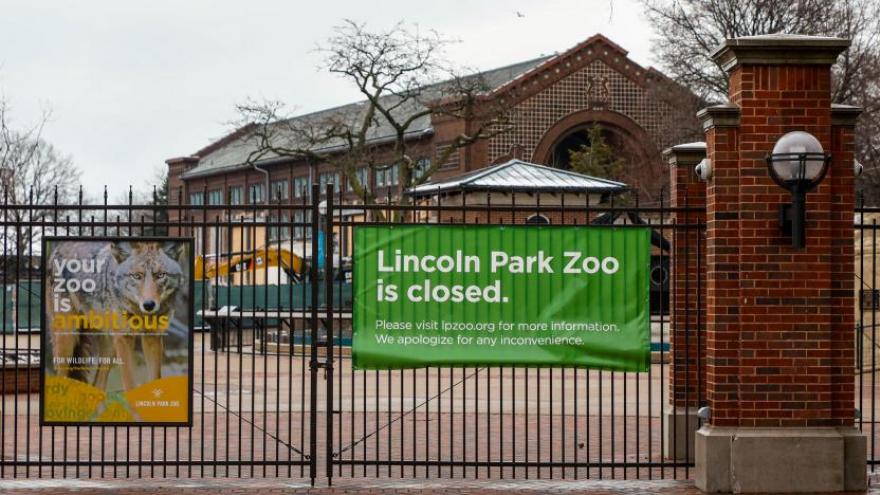 (CNN) -- In what seems like a scene straight out of the movie "Madagascar," social media roared with rumors of animals on the loose Sunday night after people supposedly broke into Lincoln Park Zoo in Chicago.

"There are RHINOS and GIRAFFES loose in the streets of CHICAGO!!!" one person tweeted.

"So Sad #chicagolooting," another person tweeted along with pictures of a tiger, giraffe, and wild boars in an urban setting.

But despite all the wild images that have been circulating on Twitter, the Lincoln Park Zoo said none of its animals had escaped.

"All animals at Lincoln Park Zoo are accounted for and safe. There were no break-ins, thefts, or incidents last night," the zoo tweeted Monday. "Images circulating, claiming to be of Lincoln Park Zoo animals out of their habitats, are false."

Meanwhile, in Oakland, California, police also got reports of a tiger on the loose near the Oakland Zoo. "If you see it call 911," the Alameda County Sheriff's office posted on Twitter late Sunday night.

But just 12 minutes later, the sheriff's office tweeted, "Tigers are all accounted for at the Oakland Zoo. They just checked and confirmed."

While all zoo animals in the two cities were unharmed, dozens of businesses across the US were damaged in violence that followed protests sparked by the death of George Floyd.

In Chicago, looters with trucks targeted businesses, according to Brendan Reilly, alderman of Chicago's 42nd Ward. ATM machines were cracked open, pharmacies set on fire and banks broken into.

"You can also see there was a pattern in the types of stores that were looted. Nearly every branch of bank in downtown Chicago was vandalized and broken into," Reilly said.