Chicago using buses to get homeless off streets 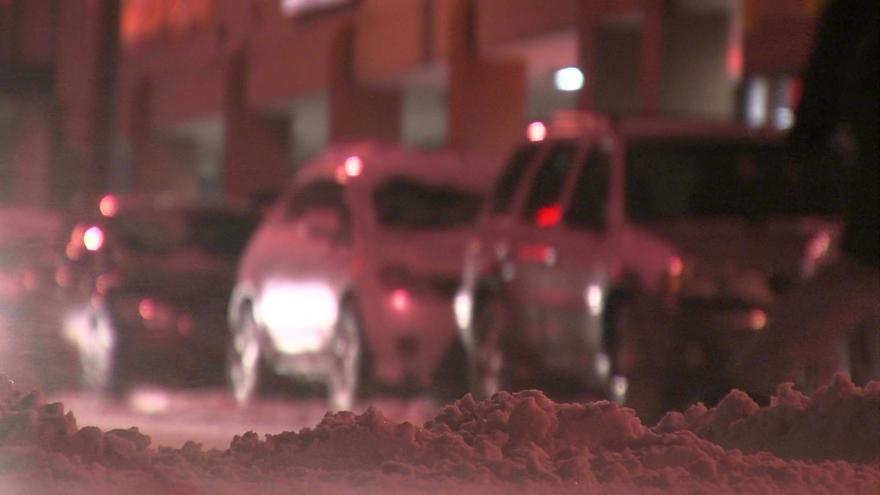 MILWAUKEE (AP) -- The Latest on a major snowstorm and the expected frigid weather in the Midwest (all times local):

Chicago city officials are taking to the streets hoping to convince as many homeless people as possible to go to warming centers and shelters. They know many homeless people are reluctant to stray too far from their belongings, so they are scouring areas popular with the homeless in the hope of convincing them to board city buses long enough to get warm.

Cristina Villarreal, spokeswoman for the city's Department of Family and Support Services, says: "We're bringing the warming shelters to them, so they can stay near all of their stuff and still warm up."

She says they can stay as long as they need to. She also says that one bus used on Monday night and the two buses used on Tuesday were staffed with nurses.

Officials in large Midwestern cities are working with churches and nonprofits to help vulnerable people amid the deadly cold weather.

Minneapolis charitable groups that operate warming places and shelters are expanding hours and capacity, and ambulance crews are handling all outside calls as being potentially life-threatening.

Chicago Mayor Rahm Emanuel says city agencies are making sure homeless people are in shelters or offered space in warming buses. He also is urging residents to check on neighbors.

Officials at Milwaukee Rescue Mission say call volume is unusually high but there should be enough beds to meet the need.

Shelters, churches and city departments in Detroit are working together to help get vulnerable people out of the cold. Businesses are being asked to contact the city if they notice anyone in need.

Pritzker released a statement Tuesday noting that plummeting temperatures are expected to hit Illinois on Tuesday and stay through Thursday morning. The Democrat calls the weather "potentially historic."

National Weather Service meteorologist Chris Miller called the frigid weather "life threatening." He says records going back to the 1800s could be broken. He also notes that frost bite is possible within 5 to 10 minutes.

Governors in Wisconsin and Michigan have also declared states of emergency ahead of the cold snap.