Chicago school forced a coatless boy out into the cold and lied about it, lawsuit says 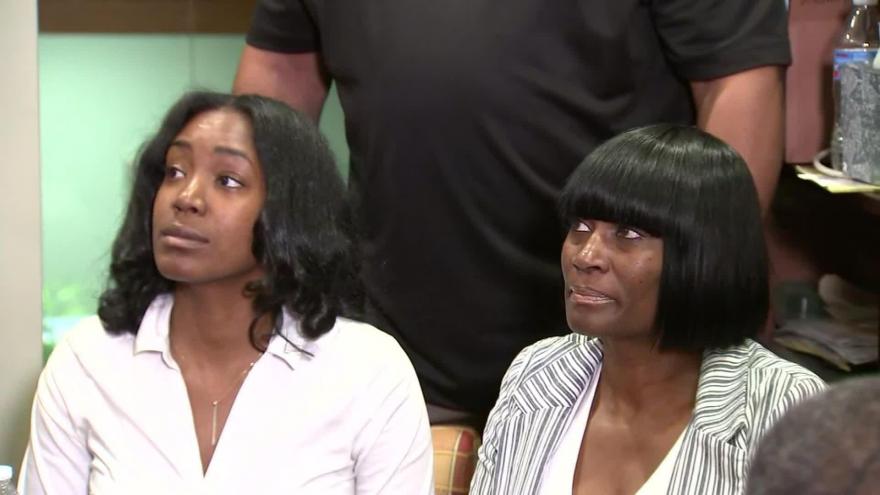 **Embargo: Chicago, IL** Staff at a Chicago elementary school made a boy leave the building on a cold March day, coatless and in short sleeves, then lied about what happened, according to a lawsuit that alleges a pattern of abuse and harassment by the staff and the boy's classmates.

(CNN) -- Staff at a Chicago elementary school made a boy leave the building on a cold March day, coatless and in short sleeves, then lied about what happened, according to a lawsuit that alleges a pattern of abuse and harassment by the staff and the boy's classmates.

The fourth-grader had been bullied from the time he enrolled at Fiske Elementary School at the start of the school year, his mother, Yvonne Pinkston, told journalists Tuesday. But the school staff "failed to take any action" to protect the boy and "even became abusive towards him," according to the complaint filed in US district court in Illinois on Monday.

The lawsuit against the City of Chicago, its Board of Education, the school's principal, a counselor and a security guard alleges a hostile educational environment, saying the school lacked proper policies and training for discipline and didn't investigate allegations of misconduct. It also alleges battery, excessive force and intentional infliction of emotional distress. The plaintiffs are asking for a jury trial.

In surveillance video from the school, shown by the family's attorney at a news conference Tuesday, a man identified by the family as the school security guard yanks the boy into an office. A few minutes later, a different camera shows the man ushering the child toward an exterior door.

The principal, the counselor and the guard "created a barrier" to keep the boy from staying in the building, the lawsuit alleges. The surveillance video shows two adults following the boy to the door as he exits, and other adults watching it happen.

With all other school doors locked, the fourth-grader "sat outside in the cold, with a polo shirt on, for 30 minutes, scared, traumatized and freezing," Dan Herbert, the family attorney, told reporters Tuesday. "Thankfully, the police showed up."

A child "being harassed and bullied by the caretakers, that's what makes this case overly egregious, and that's why we filed suit for this young child," Herbert said.

The incident happened March 26, 2019, when the low temperature was 27 degrees and the high reached 46 degrees, according to the lawsuit.

'Anything could have happened to my son out there,' mom says

The school made a 911 call to report a missing child minutes after the boy left the building, the lawsuit said. In a Chicago Police Department document regarding the call that's attached to the lawsuit, a note says a boy "walked out of school and needs a report."

The boy is identified only as "K.S." in the lawsuit.

The school is in a "predominantly impoverished and high-crime community," according to the lawsuit.

CNN has reached out to the teacher's union to find out whether the defendants have an attorney.

Asked for comment on the lawsuit, Chicago Public Schools spokeswoman Emily Bolton said the security guard involved was "removed from his position" Tuesday and the district is looking into the principal's actions.

CPS leadership didn't know about the allegations before Tuesday, Bolton said, and the reason for that is under review as well.

"These allegations are deeply disturbing, and we are fully committed to holding accountable any adult whose actions could have endangered a student," Bolton said.

CNN hasn't been able to reach the principal or the school.

Herbert did not say how he obtained the surveillance video.

The incident started when a student hit the boy and K.S. hit back, according to the complaint. School staff believed the second boy and other students, who said K.S. had been the aggressor.

That fits what K.S.'s mother, grandparents and lawyer call a pattern of mishandled complaints.

"He continuously went and told his counselor, the principal, anyone that would listen to him, he would talk to them about how he was being bullied," Herbert said.

About half an hour after the first 911 call, a school employee called again, this time saying that "K.S. fought everyone and was kicking, biting and scratching," according to the lawsuit. In the CPD's document of the call, attached to the complaint, a note says the child "left and now returned," and that police had arrived during the call.

"The school called the police because they were required to make a report," Herbert said. "They lied. They said this kid was biting, scratching, kicking other kids. It didn't happen."

K.S. had transferred to Fiske in the fall of 2018 from an Indiana school and was immediately bullied because he "was an outsider and because he was different" from the other students there, Herbert said. "He was not a hard kid. He was a sweet young boy."

K.S.' teacher told his mother the other kids "thought that he was lame and stuff like that, because he didn't use profanity and he wouldn't do certain things," and he would speak up if he saw another child doing something he felt was wrong, Pinkston said.

K.S. had loved going to his school in Indiana, and is now at a charter school where he is happy, his family said. But he talks a lot about the experience at Fiske, his mother said, and is seeing a counselor for what the lawsuit says are "lasting, emotional wounds."

"We're trying to get past it," Pinkston said.