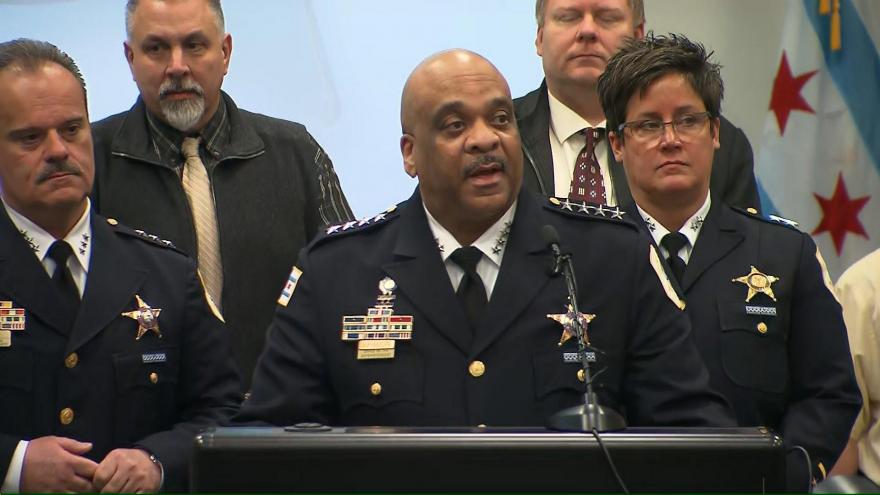 Reports of leaks about the Jussie Smollett case have prompted an internal investigation of the Chicago Police Department.

(CNN) -- Reports of leaks about the Jussie Smollett case have prompted an internal investigation of the Chicago Police Department.

The department told CNN on Thursday that it had opened an investigation into alleged internal leaks.

"I would like to point out that a lot of the information out there was inaccurate and there were numerous agencies involved in this investigation," said Sergeant Rocco Alioto with the Chicago PD Office of Communications. "As a standard procedure when there are allegations of information being leaked, an internal investigation has been opened and we are also looking at our vulnerabilities."

Smollett reported to police in January that he had been attacked in Chicago in an incident that ended with a noose around his neck. Police initially investigated the case as a possible hate crime.

But after police arrested two men who were "persons of interest," police sources revealed that police suspected Smollett knew the men and had paid them $3,500 to stage the attack.

Smollett has denied that any involvement in orchestrating an attack.

In February, Smollett was charged with a felony of disorderly conduct. The judge granted a $100,000 bail, and Smollett paid a $10,000 bond. He was ordered to give up his passport and will remain under supervision until his case is adjudicated.

"Like any other citizen, Mr. Smollett enjoys the presumption of innocence, particularly when there has been an investigation like this one where information, both true and false, has been repeatedly leaked. Given these circumstances, we intend to conduct a thorough investigation and to mount an aggressive defense," Smollett's attorneys said in February.

He is due to appear in court again March 14.