Chicago police on alert after attempted arson and vandalism at synagogues 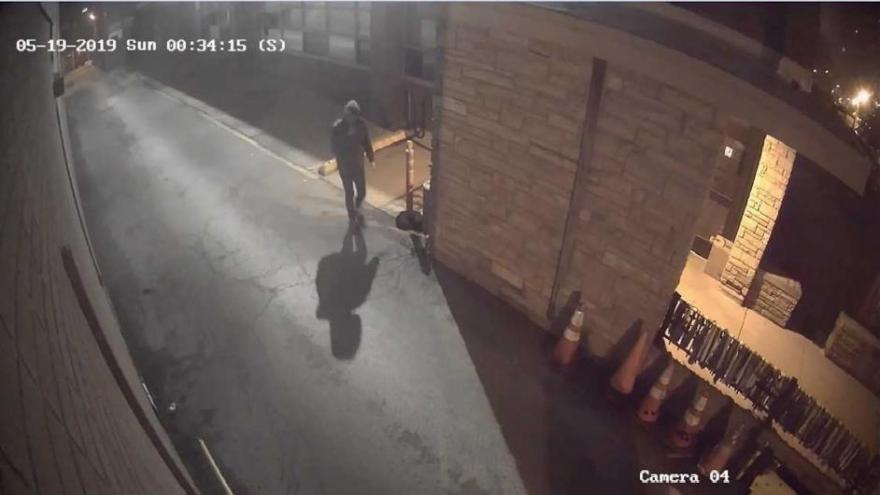 Police released a photo of a man they are trying to identify in relation to the attempted arson.

(CNN) -- Chicago police are on alert after an attempted arson attack and vandalism at synagogues in the city, according to a police department spokesman.

Police said an attempted arson was reported at two adjacent locations in the Lakeview neighborhood between Saturday night and Sunday morning.

According to CNN affiliate WLS, a man threw three bottles filled with accelerant at the Anshe Sholom B'nai Israel Congregation and at an adjacent community center. WLS reported that the FBI and Chicago Police were investigating the case as a potential hate crime, with the attempted arson caught on surveillance video.

"The offender used a Molotov at both locations but resulted in no fire damage and no injuries were reported," the department said in a release.

Police have released a photo of a man they are trying to identify in relation to the attempted arson.

They say the suspect appears to be a male with a light-skinned complexion, wearing a black hoodie, black pants, and black shoes while carrying a black bag.

Guglielmi said detectives were also investigating a spate of vandalism involving cars parked outside synagogues in the Rogers Park District of the city.

A police media release lists 14 different incidences of vehicles having their windows smashed with rocks or bricks in the district since the beginning of May.

"We have different suspects in both incidents," Guglielmi tweeted.

Rabbi David Wolkenfeld told WLS that footage of the incident at the Anshe Sholom B'nai Israel Congregation had been hard to watch.

"We saw that someone had tried to throw some sort of Molotov cocktail at the synagogue," Wolkenfeld told the station.

He told WLS that the building had significance for hundreds.