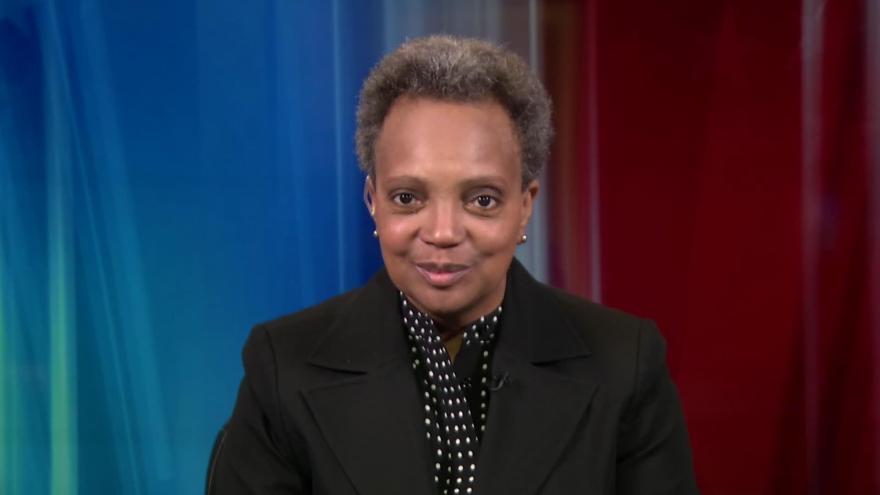 McEnany called Lightfoot "derelict" following a question about President Trump's response to the death of Black people at the hands of police.

On the internet, a "Karen" is a moniker for a stereotypically rude, middle aged White woman -- the type who demand to "speak to the manager" or call the police on Black people in innocent situations.

Lightfoot is no stranger to social media. Since the coronavirus pandemic began, she has used videos and memes to encourage residents to follow stay at home orders. Her brusque, no-nonsense approach to the pandemic has spawned the internet sensation of "Lori Lightfoot is watching you."

"Where's Lightfoot" memes showing the mayor watching over the city are a popular mainstay in Chicago -- on one Instagram page, the mayor pops up at park barricades, people's homes as they consider going outside, and even in iconic works of art.

Lightfoot, a former assistant US attorney, not only became Chicago's first Black female mayor when she was elected, but also the city's first to identify as lesbian.

Correction: This story has been updated to correct that Lightfoot was the city's first Black female mayor.