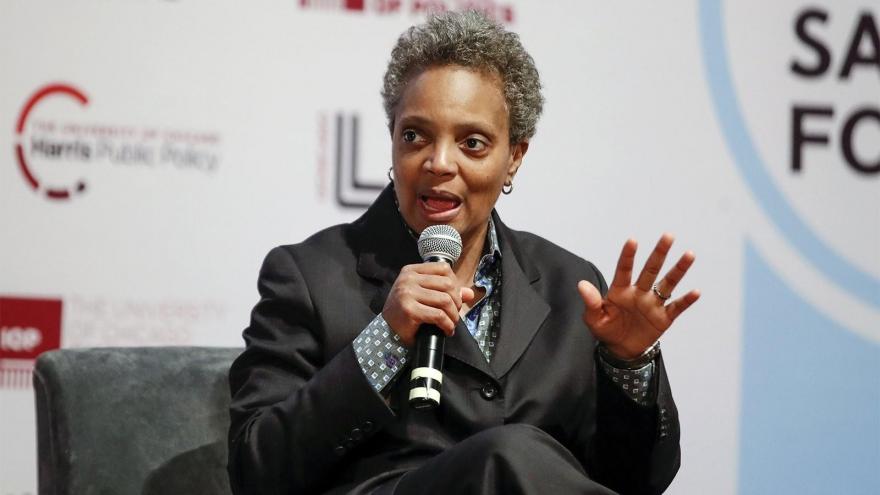 Chicago experienced a spate of deadly shootings over the weekend, which left seven people dead and 52 wounded. The violence came on the same weekend as two mass shootings in Ohio and Texas that reignited a national conversation around gun violence and gun control legislation, and Democrats and progressives are putting pressure on congressional Republicans and the President to enact tighter regulations.

On Tuesday, Ivanka Trump, who serves as a senior adviser to the President, highlighted the violence in a pair of tweets, writing, "As we grieve over the evil mass shootings in El Paso and Dayton, let us not overlook that Chicago experienced its deadliest weekend of the year."

"With 7 dead and 52 wounded near a playground in the Windy City- and little national outrage or media coverage- we mustn't become numb to the violence faced by inner city communities every day," she wrote in one of the tweets.

At a press conference later Tuesday, Mayor Lori Lightfoot called out the tweets from Trump, describing them as "misleading" and suggesting the first daughter doesn't really care about the violence.

"It wasn't a playground, it was a park. It wasn't seven dead. It wasn't 52 wounded in one incident, which is what this suggests. And it's misleading," Lightfoot said. "It's important when we're talking about people's lives to actually get the facts correct, which one can easily do if you actually cared about getting it right."

When a reporter noted the thousands of likes and retweets the two tweets received, a visibly annoyed Lightfoot said, "That's the danger of somebody with a platform and audience ... that doesn't know what they're talking about and getting the fundamental facts wrong that they can easily figure out if they had the decency to actually reach out to us if they wanted to be a constructive and engaged partner."

Lightfoot said her office contacted Trump's to ask them why they "didn't reach out to us ahead of time" but that they hadn't yet received a response.

A White House official told CNN on Wednesday that in light of Lightfoot's accusations, "it remains important to note that there were seven deaths and 52 wounded across the city, resulting in one of the deadliest weekends in the city this year."

"Her point remains the same: We cannot ignore the gun violence that happens in cities across this country on a daily basis," the official said, adding that Ivanka Trump "has appreciated getting to know Mayor Lightfoot (and) respects her commitment to addressing this issue."

During her news conference on Tuesday, Lightfoot said, "What I'm focused on is actually helping run the city of Chicago and working hard every day with the superintendent and his leadership team to keep people in our city safe."

"I'm not going to be distracted by nonsense tweets from people who don't know what they're talking about," she added.