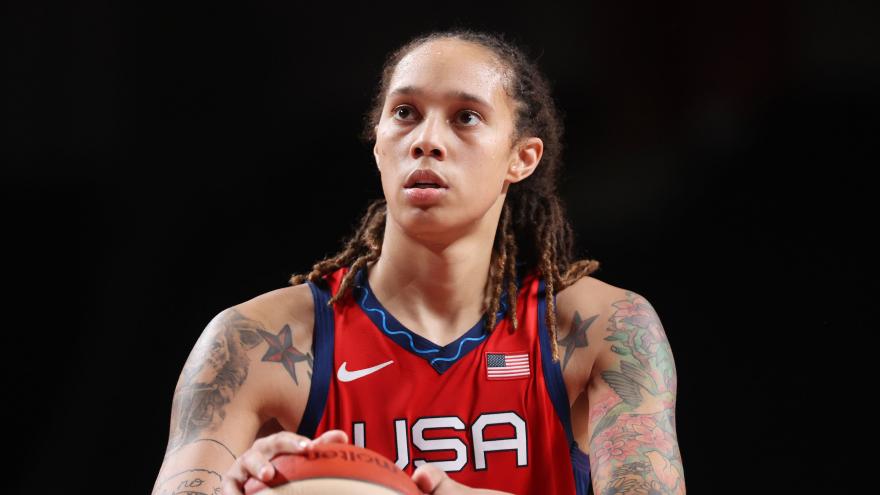 (CNN) -- In her first interview since her wife Brittney Griner was arrested in Russia in February, Cherelle Griner has spoken about how she "laid on this couch and cried my eyeballs out" after first hearing the news.

According to Russian authorities, Griner had cannabis oil in her luggage and has been accused of smuggling significant amounts of a narcotic substance -- an offense punishable by up to 10 years in prison.

"I was numb. I couldn't move and then I said: 'You've got to get up now,'" Cherelle Griner said on ABC's "Good Morning America" about the moment she learned of her wife's arrest.

Griner added that she communicates with her wife "sporadically, here and there" through letters and "absolutely" wants to speak with US President Joe Biden about the situation.

"I just keep hearing that he has the power," Griner said. "She's a political pawn, so if they're holding her because they want you [Biden] to do something, then I want you to do it."

Three weeks ago, the State Department classified Griner as being wrongfully detained.

US Secretary of State Antony Blinken previously said the State Department is working on the case day and night, and that Cherelle Griner should not to hesitate to reach out if there is anything she is not getting.

However, Griner said that she doesn't know if her wife is a priority in the way Blinken has described.

"I don't know," she said. "He said she is top priority, but I want to see it. I feel like to see it would be me seeing BG on US soil. At this point, I don't even know who I'm getting back when she comes back."