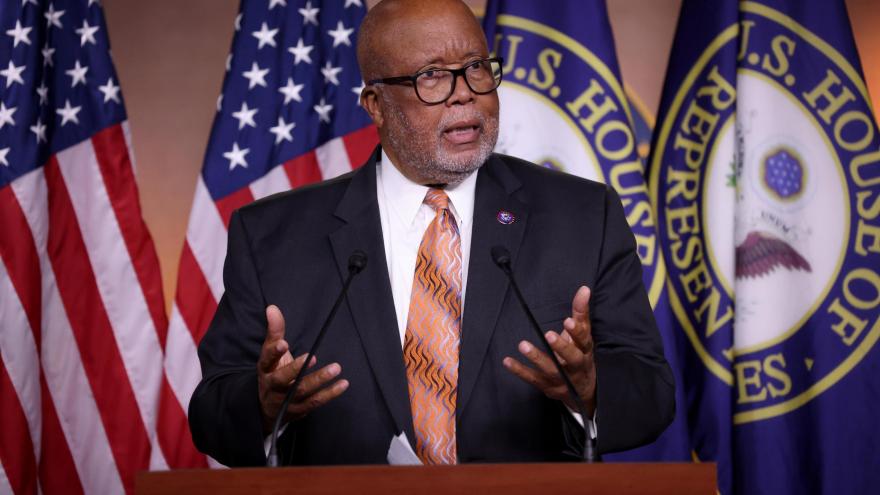 (CNN) -- Members of the House select committee investigating January 6 said Sunday that they have critical testimony about communications to former President Donald Trump on the day of the deadly attack.

Wyoming Rep. Liz Cheney, the vice chair of the committee and one of its two Republican members, told ABC News that the panel has "firsthand testimony" that during the attack, Trump's daughter and then-senior adviser Ivanka Trump asked him to intervene. And Chairman Bennie Thompson, a Mississippi Democrat, told CNN the panel has "significant testimony" that the White House "had been told to do something."

"We know his daughter -- we have firsthand testimony that his daughter Ivanka went in at least twice to ask him to 'please stop this violence,'" Cheney told ABC News.

CNN previously reported on some of these interactions, described in the books "I Alone Can Fix It," by Washington Post reporters Carol Leonnig and Philip Rucker, and "Peril," by Post journalists Bob Woodward and Robert Costa. Ivanka Trump repeatedly tried to intervene, talking to her father three times. "Let this thing go," she told him. "Let it go," she said, according "Peril."

Thompson told CNN's Dana Bash on "State of the Union" Sunday: "We have significant testimony that leads us to believe that the White House had been told to do something. We want to verify all of it so that when we produce our report and when we have the hearings, the public will have an opportunity to see for themselves."

He added: "Well, the only thing I can say, it's highly unusual for anyone in charge of anything to watch what's going on and do nothing."

Asked whether he believes then-President Trump's actions during the insurrection warrant criminal referral, Thompson replied: "We don't know ... If there's anything we come upon as a committee that we think would warrant a referral to the Department of Justice, we'll do that."

The comments come days before the one-year anniversary of the attack, in which a pro-Trump mob temporarily overcame law enforcement officers and stormed the Capitol, attacking officers and destroying parts of the iconic building. The ensuing chaos led to the deaths of multiple people the day of the attack or shortly thereafter, while several officers who responded to the Capitol during the attack later died by suicide.

Thompson's committee has been investigating the attack and the events leading up to it since earlier this year. Much of the committee's work to this point has taken place behind closed doors, and an interim report on its findings is not expected until the summer.

The chairman said on Sunday that the panel has "some concerns" about potential financial fraud by Trump and his allies around the insurrection.

He also wouldn't say if the panel is planning to subpoena members of Congress, such as Trump ally Rep. Jim Jordan of Ohio, to cooperate with the committee.

"I would hope that those individuals who took an oath of office as a member of Congress would come forward," he said. "That's why we've asked them to come voluntarily."

Thompson said the panel is still working through testimony and documents from witnesses about the makeshift "war room" at DC's Willard Hotel that was run by Trump allies Rudy Giuliani and Steve Bannon the day of the attack.

"Part of our work is to try to get access to the records on that day, who paid for it. Bernie Kerik is significant. He started cooperating with our committee, we look forward to that cooperation to continue," he said. "The hotel has been asked to provide information for us, so we're in the process of doing our investigation."

CNN previously reported that Kerik, the former New York City police commissioner, made public emails that show him cutting off payments for a suite of rooms at the hotel, where Trump's post-election "war room" operated, and directing Giuliani to pick up some of the tab.

During the ABC interview, Cheney reiterated her strong reservations about Trump's fitness for future office.

Asked if she believes the committee's investigation and report can change minds, Cheney said she has hope because the work is being done on a bipartisan basis.

"It is very much one that brings together a group of us who have very different policy views, but who come together when the issues have to do with the defense of the Constitution, and so that does give me hope," she said.