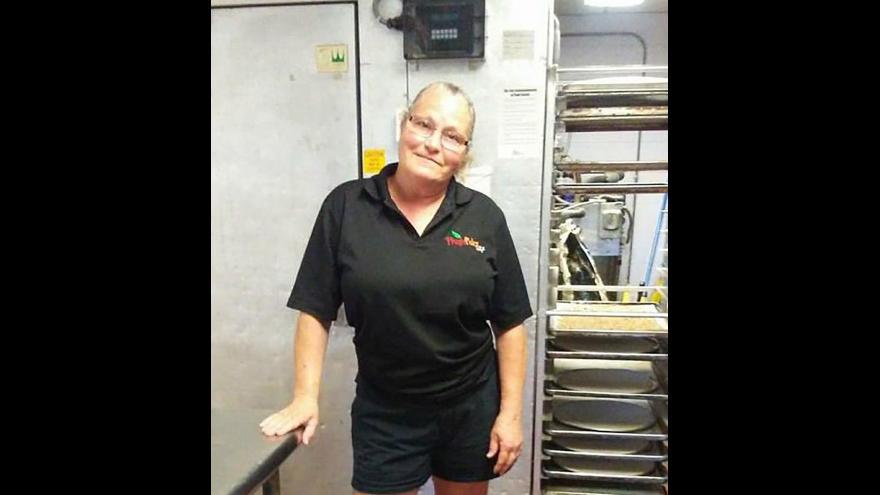 Bonnie Kimball worked in the lunchroom at Mascoma Valley Regional High School in New Hampshire. She was fired by her employer, Café Services, on April 4.

Kimball was fired from her New Hampshire high school -- where she had been an employee for more than four years -- for letting a student take food without paying.

She was fired by the district manager of Café Services, the food services company that employed her, and says she was told what she did was "theft."

The student she helped paid his $8 lunch tab the next morning.

School officials and the food service company have offered to rehire the employee, but Kimball said she won't take their offer, saying "they're not doing it for me, they are doing it to save face."

When Andrés found out about Kimball's actions, he wanted to get her on board, calling her a "hero."

"If she needs a job we have openings at @thinkfoodgroup," he said on Twitter. 'If you know her, let her know."

ThinkFoodGroup is the company behind Andrés' hotels, products, initiatives and restaurants that span from Washington D.C. to Los Angeles, Vegas, Miami, as well as Puerto Rico and Mexico City.

Andrés was named one of the Top 100 most influential people in the world by TIME.

His nonprofit, World Central Kitchen, has provided millions of hot meals to people struck by disaster across the world, including survivors of Hurricane Florence, first responders in the California wildfires, volcano victims in Guatemala, migrants in Tijuana and millions of Puerto Ricans who were left with nothing after Hurricane Maria.

And during the shutdown, the chef and his army of volunteers tackled the Washington crisis by offering free sandwiches at any of his restaurants for all federal government employees.