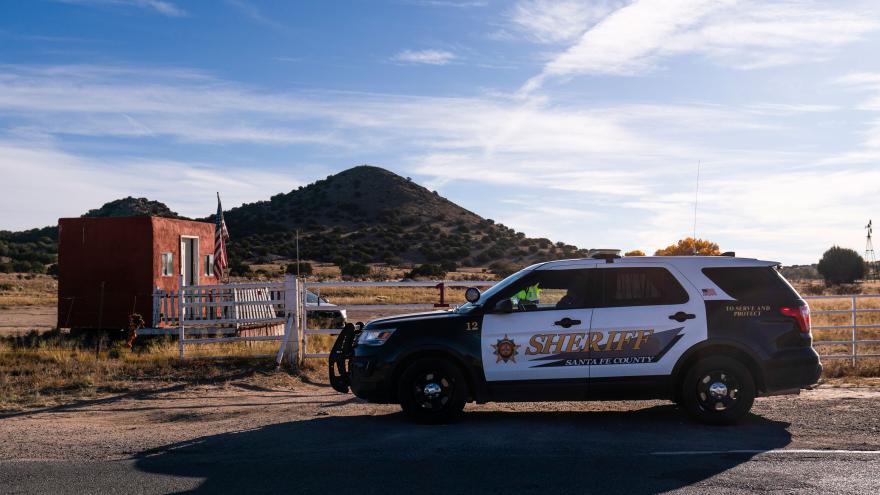 (CNN) -- An attorney representing David Halls, an assistant director on the set of the film "Rust," said it was not Halls' responsibility to confirm whether the gun handed to Alec Baldwin was loaded, despite Halls previously acknowledging to investigators that he should have checked all the rounds before declaring the firearm safe.

"He's not responsible for checking it," attorney Lisa Torraco said in an interview on Fox News on Monday. "That's not the assistant director's job. If he chooses to check the firearm because he wants to make sure that everyone's safe, he can do that, but that's not his responsibility."

According to a detective's search warrant affidavit filed last week, Halls acknowledged to investigators he should have checked all the rounds loaded in the weapon and "couldn't recall if he spun the drum" before the fatal shooting October 21 that killed cinematographer Halyna Hutchins and injured director Joel Souza.

"David advised the incident was not a deliberate act," the detective writes.

According to the New York Post, Halls, in his first public statement since the shooting, spoke of his relationship with Hutchins.

"Halyna Hutchins was not just one of the most talented people I've worked with, but also a friend," he said in the statement. "I'm shocked and saddened by her death."

Although Halls didn't address details of the investigation, he did comment on changes he would like to see within the industry.

"It's my hope that this tragedy prompts the industry to reevaluate its values and practices to ensure no one is harmed through the creative process again," his statement read.

According to the Post, Halls said he has been "overwhelmed by the love and support" and that his "thoughts are with all who knew and loved Halyna."

CNN has made repeated attempts to reach out to Halls and he has not responded. His attorney declined to comment to CNN on Monday.

How gun with live round got to Baldwin still a question

Torraco said witnesses have told her team that the armorer or the armorer's assistant brought the gun on set.

Attorneys for Hannah Gutierrez Reed, the gun supervisor for the film, said her priority is safety.

"Ultimately this set would never have been compromised if live ammo were not introduced," attorneys Jason Bowles and Robert Gorence said in a statement. "Hannah has no idea where the live rounds came from."

But she said one thing has been erroneously reported about what Halls did that day.

"In the affidavits, it states that my client grabbed the gun off of a prop cart and handed it to Baldwin. That absolutely did not happen," Torraco said.

"Those aren't all inclusive of all the statements, obviously, in the investigation," he told CNN's "Erin Burnett OutFront." "So there are statements that Mr. Halls either inspected or handled the firearm prior to giving it to Mr. Baldwin."

Mendoza said that it's important for Halls and others to cooperate with investigators and come in for follow-up interviews.

"If Mr. Halls sees what happened on the set that day different then come and explain to us how it happened," the sheriff said.

The sheriff added that some of the people they want to speak with again have not agreed to, on advice of their attorneys.

Torraco said whether her client handed the gun to Baldwin isn't important.

An earlier affidavit says Halls yelled, "Cold gun," which means the firearms didn't have live rounds, before handing the gun to Baldwin.

Baldwin said this weekend he talks to the detectives every day.

"We are eagerly awaiting the Sheriff's Department telling us what their investigation has yielded," Baldwin told members of the paparazzi who were following him and his wife in Manchester, Vermont.

He told them he couldn't comment on what happened because there is an ongoing investigation.

Baldwin said he couldn't answer whether he would ever work on another film set that involved firearms like those used on the set of "Rust."

"I do know that an ongoing effort to limit the use of firearms on film sets is something I'm extremely interested in," Baldwin said. "But remember, something that I think is important, and that is how many bullets have been fired in films and TV shows in the last 75 years? This is America. How many bullets have gone off in movies and on TV sets ... and nearly all of them without incident."

In the case of something going wrong and in the wake of "this horrible catastrophic thing, some new measures have to take place," he said, including the possibility of using rubber guns or plastic guns.

"That's not for me to decide," Baldwin stated.

No criminal charges have been filed, but the district attorney for Santa Fe County said recently she has not ruled any out.