Charity gets a jolt from tax law, but due to drop next year 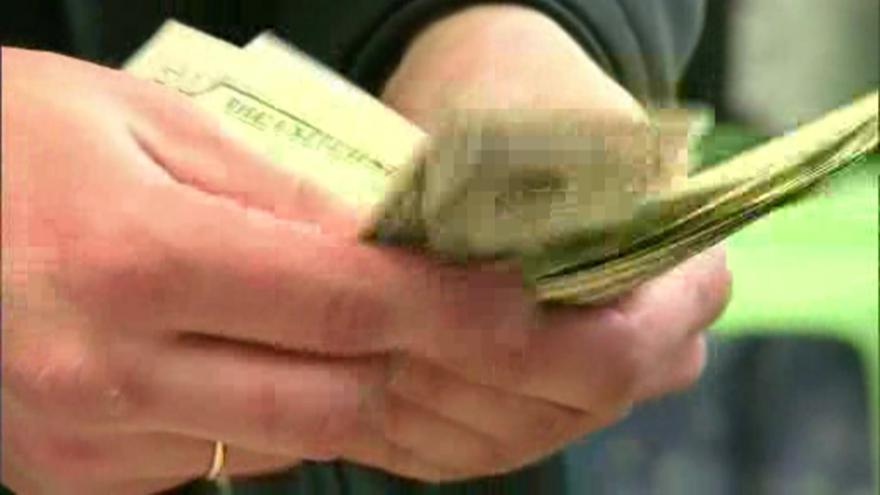 WASHINGTON (AP) — In this season of giving, charity seems to be getting an extra jolt because next year the popular tax deduction for donations will lose a lot of its punch.

Traditionally generous Americans may have less incentive to give to charitable causes next year because of the newly minted tax law. The changes that will make it less advantageous for many people to donate to charity in 2018 may be sparking a year-end stream of fattened contributions in anticipation, charity executives and experts say.

Starting next year, the millions of relatively small donations from moderate-income people to mainstream charities could be sharply reduced, they say. That means charity could become less of a middle-class enterprise and a more exclusive domain of the wealthy, who tend to give to arts and cultural institutions, research facilities and universities. Their use of the charitable tax deduction is less likely to be affected by the new law.

The sweeping Republican tax overhaul, delivered by the GOP-dominated Congress and signed into law by President Donald Trump, doesn't eliminate or even reduce the deduction for donations to charitable, religious and other nonprofit organizations. Charitable giving should be encouraged with a tax incentive, congressional Republicans crafting the plan said early on, and the cherished deduction — though costing some $41.5 billion a year in lost federal revenue — wasn't struck even as other longstanding deductions fell or were scaled back.

But it might as well have been, charity experts and advocates say.

A central pillar of the massive tax law doubles the standard deduction used by two-thirds of Americans, to $12,000 for individuals and $24,000 for married couples. That means many taxpayers who now itemize deductions will find it's no longer beneficial for them do so. They'll find that the deductions they normally take, including for charitable giving, don't add up to as much as the new standard amount.

The result: some estimates project that as few as 10 percent of taxpayers will continue to itemize deductions on their returns, down from the current one-third.

By contrast, the wealthiest Americans likely will continue to receive the tax benefit of using itemized deductions, including for charitable giving.

Especially for people who currently itemize and donate small to moderate amounts to charities, the tax incentive to give diminishes. And with the new law kicking in Jan. 1, they may want to max out their donations before year's end, rolling next year's giving back into 2017.

"I think we'll have some increased donations" this year, says Steve Taylor, senior vice president and counsel for public policy at the United Way. Already, United Way, one of the biggest U.S. charities, has seen some "doubling up" by large donors from what they would normally have been expected to give this year, Taylor said in an interview.

Some 7.2 million people donate less than $1,000 yearly — on average $154 —to the United Way, according to Taylor. "We're very concerned," he said. "A lot of charities are in shock. Charities feel totally blindsided and like we have been thrown under the bus" in the tax overhaul.

Experts say the same thing occurred in late 1986 — donations surged that year, dropped the next — after enactment of the Reagan administration tax overhaul, the biggest reworking of the U.S. tax system until this one.

Absent the incentive, Americans' charitable instincts could still lead them to give, but they're expected to give less — and may also change where and when they give.

For the large number of taxpayers who will no longer itemize, "their cost of giving goes up dramatically," said Patrick Rooney, a professor of economic and philanthropy and director of the Lilly Family School of Philanthropy at Indiana University. "It will absolutely have a negative impact."

Rooney and his colleagues foresee a resulting drop in charitable donations of around $14 billion next year, or 5 percent of the $282 billion that U.S. charities pulled in last year.

Religious congregations' donors may continue to commit small amounts or a percentage of their income regardless of tax incentives. That could make them less affected than arts and cultural organizations or research facilities and universities, which tend to attract more affluent donors who keep a close eye on their tax options, Rooney said.

In the meantime, charities may have to rework how they pitch their appeals to donors, suggested Marcus Owens, a partner in law firm Loeb & Loeb's Washington office. "I think what it will do is cause charities to sharpen their fundraising efforts. They'll need more sophisticated fundraising techniques," said Owens, who for 10 years headed the IRS's exempt organizations division, which deals with charities and political organizations.

At Catholic Charities, "It seems now that we have to redouble our efforts," said Lucas Swanepoel, the organization's vice president for social policy. "We really need to make sure we're telling the stories of the differences it makes in people's lives."

Because of the reduced incentive for moderate-income taxpayers, the United Way's Taylor said his organization may have to focus more attention on wealthy donors.