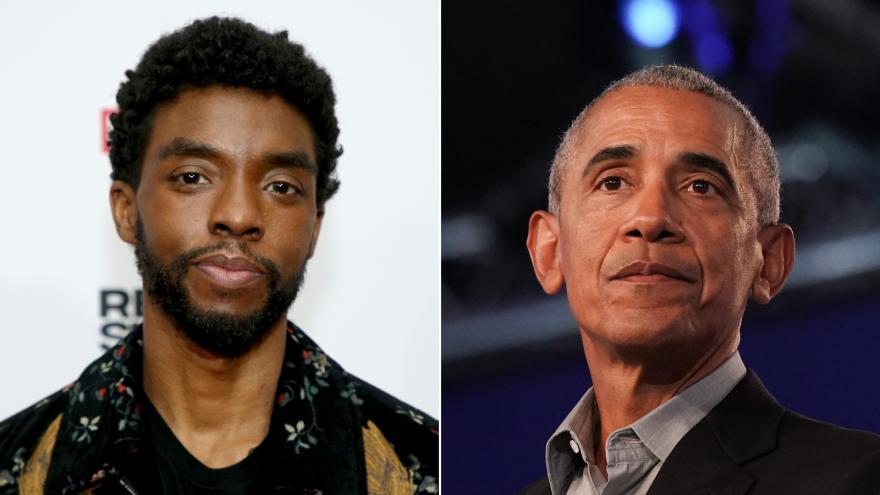 (CNN) -- The late Chadwick Boseman and former President Barack Obama are among the formidable crop of first-time nominees at the 74th Emmy Awards.

Nominees were announced Tuesday morning for the Emmys, which honor the best television of the year. Former winners "Succession" and "Ted Lasso" predictably swept the nominations, but there were also plenty of newcomers among them.

Boseman was posthumously nominated for reprising his performance as T'Challa (aka Black Panther) in the animated Disney+ series "What If?" (Norm Macdonald and Jessica Walter also scored posthumous nominations, but they had both been nominated previously, with Walter earning a statue in 1975.)

Obama was nominated for outstanding narrator for the Netflix documentary series "Our Great National Parks."

Film actors Oscar Isaac, Andrew Garfield and Amanda Seyfried earned their first Emmy nods for their roles in prestige limited series "Scenes From a Marriage," "Under the Banner of Heaven" and "The Dropout," respectively.

TV veterans Adam Scott and Sheryl Lee Ralph were finally recognized by the Television Academy this year, earning recognition for their performances in the Apple TV+ drama "Severance" and the ABC hit "Abbott Elementary," respectively. Ralph's costar Janelle James was also nominated for her uproarious performance in the freshman comedy, as was the show's creator and lead actress, Quinta Brunson.

Stand-up comic Jerrod Carmichael made this year's roster, too, nominated for his "Saturday Night Live" hosting gig and his confessional special, "Rothaniel." And Jennifer Coolidge, a longtime scene-stealer, was honored for her unhinged performance in the HBO limited series "The White Lotus."

Some of these first-time nominees may turn into first-time winners on September 12, when the Emmys will be broadcast live on NBC.