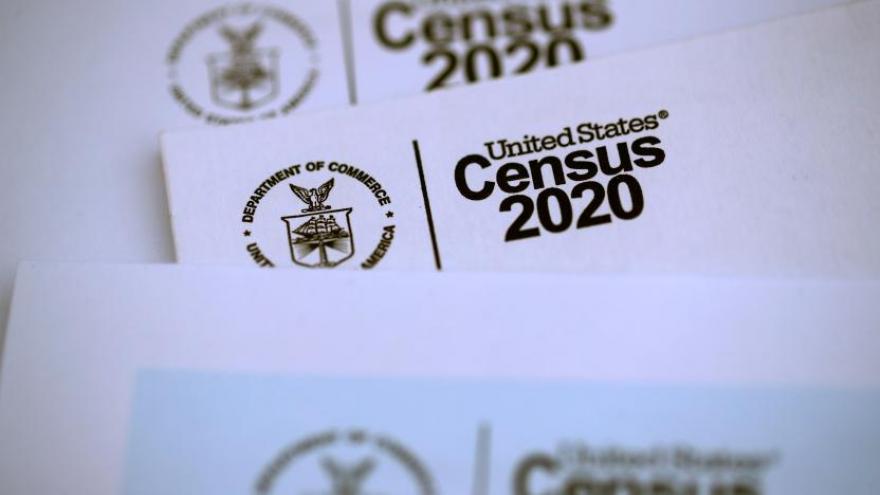 it's a sign that the Trump administration has abandoned its plan to extend the window for counting the nation's population, which it earlier said needed to be longer because of the coronavirus pandemic. To be counted, households must complete the survey by September 30, rather than October 31, as the Census Bureau had announced when it adjusted plans due to the virus. The bureau will also end its labor-intensive efforts to knock on the doors of households that have not filled out the survey online, by paper form, or by phone.

The shift is part of an effort to "accelerate the completion of data collection and apportionment counts" by the end of the year deadline, Census Bureau Director Steven Dillingham said in a statement.

"The Census Bureau's new plan reflects our continued commitment to conduct a complete count, provide accurate apportionment data, and protect the health and safety of the public and our workforce," he said.

But the truncated timeline is likely to fuel fresh scrutiny about the accuracy of the bureau's US population count that has already been disrupted by the ongoing coronavirus pandemic.

The pandemic hit just as the massive once-a-decade effort to count the US population was getting underway and scrambled the agency's plans. It suspended field operations for a time, although field work has resumed in some areas and is set to be underway nationwide by later this month.

The census, which happens every 10 years, determines how many representatives each state gets in Congress, and how billions of dollars in federal funding is spent. Schools, roads, and other important things in your community will gain -- or lose -- funding over the next 10 years depending on this official population tally.

And while this year's census has relied more heavily on collecting responses by phone, mail or online, the operation will still need a robust field operation in the coming weeks to reach minority communities as well as of students on college campuses, seniors in assisted living facilities and people experiencing homelessness.

Not only are these groups at high risk for infection, they're also among those most in need of in-person outreach. With many senior facilities on lockdown and college students living at home, an accurate count may become increasingly difficult under a tighter deadline.

Still, Dillingham maintained Monday evening that the bureau is "committed to a complete and accurate 2020 Census."

"Building on our successful and innovative internet response option, the dedicated women and men of the Census Bureau, including our temporary workforce deploying in communities across the country in upcoming weeks, will work diligently to achieve an accurate count," he said.

Last week, Dillingham declined to say whether the bureau needed additional time to complete the 2020 census while testifying before the House Oversight Committee.

The Trump administration this spring requested Congress extend the completion deadlines by four months, but several House Democrats said they are concerned the administration has since backed away from that request.

The conversation about extending the timeframe "wasn't at my level," Dillingham testified. He said his focus is moving "as rapidly as possible and to get a complete and accurate count as soon as possible."

But the possibility of less time to count the population concerned advocates for minority groups that have historically been under-counted in the census.

"This new deadline allows Trump to cheat hard-to-count communities of color out of the resources needed for everything from health care and education to housing and transportation for the next 10 years," said Asian Americans Advancing Justice, one of the groups that successfully sued over the administration's plan to ask a citizenship question to the census.

The Lawyers' Committee for Civil Rights Under Law said it condemned the plan to shorten collection "in no uncertain terms" because it could lead to "missing millions in Black and immigrant communities."