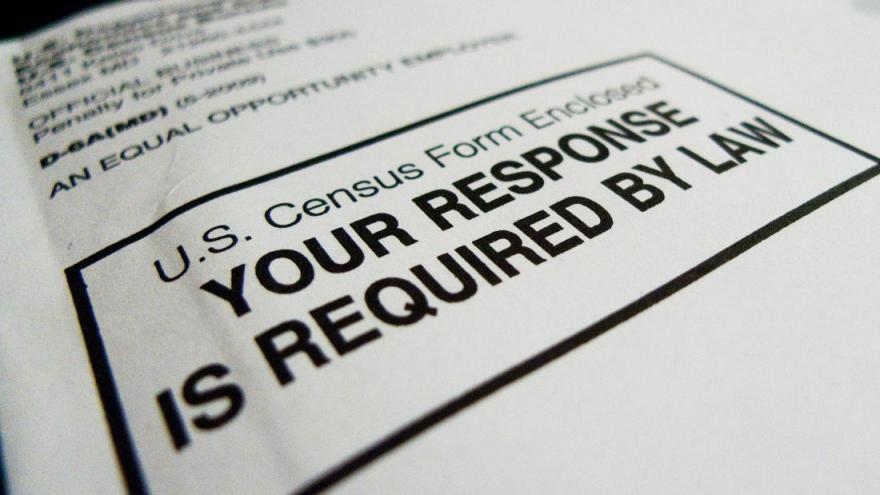 (CNN) -- The Census Bureau is starting a test to help determine how much the controversial citizenship question would affect its task of counting the US population next year as it awaits a Supreme Court ruling about whether it can be used.

Surveys that look similar to the 2020 census form will go out to 480,000 households this week as part of the test, the bureau announced Tuesday. There are two versions of the test form, one with the citizenship question and one without it.

The Supreme Court is expected to rule this month whether the Trump administration can add the question asking respondents about their citizenship status, meaning the results of the new survey will not factor into the court's ruling.

The new test is particularly important in the census preparations because the bureau's other preparatory tests -- including last year's end-to-end dress rehearsal -- did not include the question. That will make this survey among a limited dataset the Census Bureau will consider when determining how to follow up with the 630,000 households that it estimates will not fully complete the final form next year.

The results will "inform staffing, training, and planning decisions," Victoria Velkoff, an associate director in the Census Bureau, said when discussing the test at a public meeting in February.

Census data serves as the basis for decisions about how to allocate federal resources and draw congressional districts. The survey is intended to count the entire US population, not just citizens.

When Commerce Secretary Wilbur Ross was considering adding the question, which hasn't been posed on the full, nationwide survey since 1950, bureau leadership warned him that past data shows a household with at least one noncitizen will be less likely to respond and that the work of following up with such households would cost at least $27.5 million.

A series of census focus groups last year found the question is a "major barrier" to responding, and a government attorney defending the question in federal court conceded the "political environment" is toxic for minorities, even without the question.

Ross announced last year that the citizenship question would be added to the 2020 census at the Justice Department's request in order to enforce voting rights. But a series of revelations have shown that Ross and his aides were interested in adding the question long before that request and approached the Justice Department with the idea.

The House Oversight Committee, which is probing the matter, is expected to vote Wednesday on whether to hold Ross and Attorney General William Barr in contempt for failing to comply with the committee's subpoenas.

Ross said in a statement to CNN that he never refused to meet with committee Chairman Elijah Cummings, and that the Maryland Democrat declined to answer "why the Committee specifically needs privileged information that the Chairman himself and the litigation process have recognized as confidential."