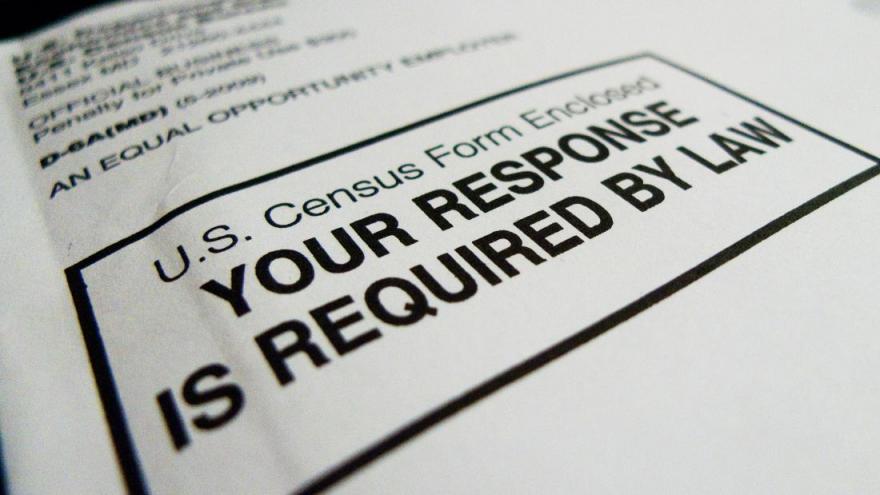 The Census Bureau announces delay in data needed for redistricting. This is the official US Census form that is required to be filled out and returned to the US Government by April 1, 2010.

(CNN) -- The redrawing of seats in the US House of Representatives will be delayed by several months, officials announced Friday, with states unlikely to receive the detailed population numbers that are typically released in the spring until the end of September.

The Census Bureau announced September 30 as its new target for releasing the numbers used in statehouses nationwide for the once-a-decade task of drawing new congressional districts. This process determines the political power of communities, with long-lasting impacts.

The redistricting numbers are typically released by April 1, and the Census Bureau historically provides the numbers even earlier to many states.

The delay threatens to throw off the redistricting process in many states. The National Conference of State Legislatures says laws in several states require legislators or redistricting officials to complete the redrawing of districts this summer -- an impossibility without the data. Other states do not tackle redistricting until later.

Census officials told reporters on a conference call Friday that they are just sharing news of the latest delay with state officials.

The process is already behind schedule, as the data that had been due by the end of 2020 to determine how many seats in Congress each state receives has not been completed and released. Census officials say they anticipate releasing those figures by April 30.

The September deadline is "a date that we will meet," Census Bureau redistricting head James Whitehorne told reporters on Friday. Another senior Census Bureau official, Kathleen Styles, said, "This is a schedule that really stresses data quality."

The delays, Styles said, trace back to the coronavirus pandemic, which spread across the US last March, at a critical time for the decennial census. The count was also complicated by the Trump administration's efforts to exclude noncitizens when seats in Congress are divided.

News of the delay concerned a number of political organizations focused on redistricting, especially Democratic operatives who worry that Republicans will use the delay to circumvent the redistricting process to give their party an advantage.

"Although the Census Bureau's new timeline for releasing redistricting data will pose challenges, states should now begin taking steps to ensure they conduct a transparent and fair redistricting process," said Eric Holder, who was attorney general under President Barack Obama and now runs the National Democratic Redistricting Committee. "No state should use this new timeline as a pretext to hold 2022 elections on old maps because they think it would be politically advantageous or as an excuse for drawing maps in secret with no public input. I will oppose any such efforts."

Other concerns stem from how uncertainty around how districts will be drawn could make it harder for parties to recruit and fund candidates for a number of political positions.

"This is a big deal that will directly effect 2022 on all fronts," tweeted Amanda Litman, the co-founder of Run For Something, a Democratic group that helps recruit candidates for down-ballot races." Litman noted that the delay could impact "candidate recruitment," "targeting" and the timeline of legal challenges for new maps.