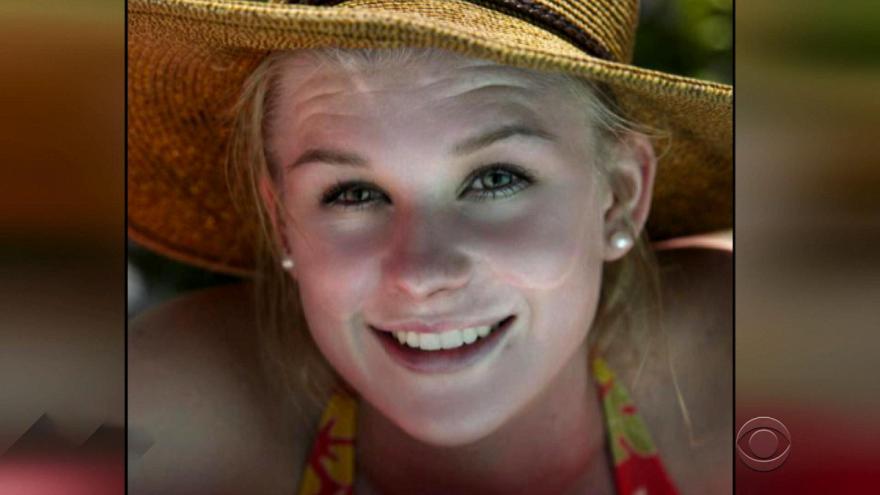 (CNN) -- Cell phones and social media were at the heart of the investigation that led to an arrest in the killing of a University of Utah student who vanished nearly two weeks ago.

Investigators tracking her cell phone discovered that 23-year-old Mackenzie Lueck and the man expected to be charged with her murder were both in the park where she was last seen on June 17 within a minute of one another.

That was around the time Lueck's phone stopped receiving data or location services, police said.

Ayoola Ajayi, 31, was arrested Friday and is expected to be charged with aggravated murder. He also faces charges of aggravated kidnapping, obstruction of justice and desecration of a body, according to Salt Lake City Police Chief Mike Brown.

Police find her pictures on his phone

After Lueck disappeared, the suspect originally denied knowing what she looked like, Brown said. But several pictures of her were found on his phone, and the "digital footprint" has continued even after the arrest, police said.

An Instagram account that Lueck's sorority sister confirmed belongs to the missing student followed another user on or about Wednesday, CNN verified.

Brown confirmed that investigators are looking into the activity on the account.

"This is a digital forensic investigation," he said. "This is covering computers, cell phones, IP addresses, URLs, texting apps."

But the investigation is not just limited to digital footprints.

Investigators also found forensic evidence after they searched Ajayi's home and property Wednesday, police said. As they did, his neighbors told police they saw him using gasoline to burn something in his backyard on June 17 and 18, Brown said.

"A forensic excavation of the burn area was conducted, which resulted in the finding of several charred items that were consistent with personal items of Mackenzie Lueck," Brown told reporters.

Police also discovered charred material that was determined to be female human tissue consistent with Lueck's DNA profile, he said. A mattress investigators have been trying to find has been located, police tweeted Friday night, without providing additional details.

She stopped communicating about 3 a.m.

Lueck texted her parents at 1 a.m. on June 17 when she landed at Salt Lake City International Airport, police said. She was seen on airport surveillance walking through baggage claim before taking Lyft to Hatch Park.

The Lyft driver said she did not appear to be in distress, according to Salt Lake City police assistant chief Tim Doubt.

Police said Friday that all communications with Lueck's phone ceased around 3 a.m. that morning -- the same time they said she left the park with the suspect.

Phone records showed her last communication was with the suspect, Brown said. Her family and friends did not see or hear from her after that morning. Her sorority sister told CNN affiliate KSL that Lueck had also missed exams.

"She's extremely dedicated," Ashley Fine told the TV station. "She would never miss her midterms or anything like that. She hasn't been home. She didn't show up to work, or anything."

A suspect is arrested

After the suspect's arrest Friday, Brown contacted her parents to tell them the news. They were "devastated and heartbroken by this news," he said.

"This is one of the most difficult phone calls I've ever made," he said.

The suspect lived about five miles from the park where Lueck was last seen.

According to his LinkedIn page, he is a former information technology specialist for the US Army and recently worked for Dell and Goldman Sachs. CNN has reached out to the US Army and Dell for comment.