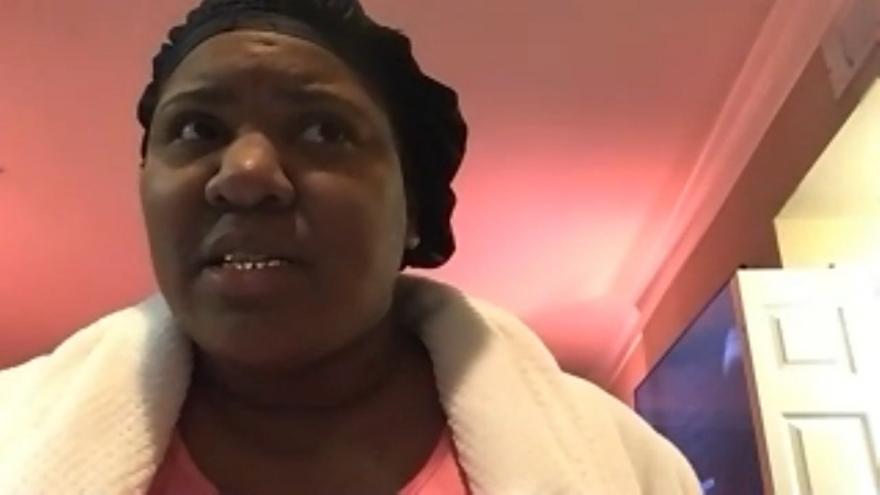 Sugar Land, Texas (KTRK) -- A Sugar Land mom is trying to figure out her next move after the ceiling in her home fell on her and her 6-month-old daughter when her pipes burst.

Pamela Butler told Eyewitness News she woke up to take a phone call on Tuesday and suddenly heard water dripping.

Her first instinct was to grab her infant child. As soon as she grabbed her baby, Butler said pieces of the ceiling and insulation fell all over them.

She said as soon as she grabbed her baby, Butler said pieces of sheetrock and insulation fell all over them.

"I went hysterical.. I didn't know what to do," said Butler. "Then, I'm on my way walking out of her room with her, trying to figure out what to do next, and [pieces of the ceiling] fell in the other room ... water was just pouring from the ceiling."

Butler said her living room and kitchen became full of water. She wasn't seriously injured in the incident and neither was her daughter, though Butler said the child did appear in distress.

"She was crying, she was hysterical," recalled Butler. "I just called my sister to check on her, but I might need to get her to the hospital."

Butler has since relocated to a safer location, but told ABC13 she isn't sure of what to do now.

"All of this is overwhelming for both us," she said. "I'm trying to figure out what my next move is going to be. My house is destroyed. I don't know which way to turn, at this point, because everything caught me off guard. None of this was expected."

Meanwhile, a woman in Missouri City went through a similar experience after the pipes in her home burst, causing her roof to cave in.

The woman told Eyewitness News she rushed outside to turn her water off, but was unsuccessful. She said she even suffered a few minor cuts as she was working to shut it off.

Even the best plans to avoid disaster weren't enough, and the woman is now left with damage and nowhere to go.

So what do you do when your pipes burst due to freezing temperatures? Here are a few steps:

Turn off the water flow when you think a pipe has broken, even if you don't know where the water's coming from. Next, take time to inspect the damage. After draining all the excess water, locate the broken pipe. Repair the burst pipe or bring in a professional team to help.