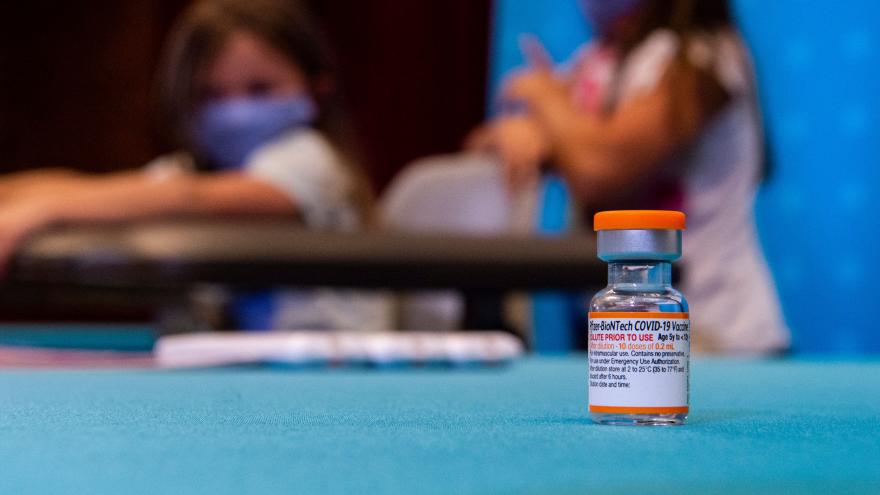 (CNN) -- The US Centers for Disease Control and Prevention is clarifying the Covid-19 vaccination schedule for people who are moderately to severely immunocompromised, it said Friday, to address some of the challenges they may be having in getting an additional dose.

The CDC has been recommending that immunocompromised people who got an mRNA vaccine get an additional booster, a fourth shot, at least five months after their third shot. It's going to revise these guidelines to encourage a booster at three months instead. This applies to people 18 and older who got the Moderna vaccine and people 12 and older who got the Pfizer/BioNTech vaccine.

The CDC estimates that about 7 million Americans have weakened immune systems because of diseases like advanced HIV or medications such as those used for cancer treatment.

"There has been recent confusion about the recommendations for this population, including reports of people who choose mRNA Covid-19 vaccines being denied their fourth dose," Elisha Hall, a CDC health education specialist, said Friday at a presentation to the CDC's Advisory Committee on Immunization Practices. "In addition to communication efforts, we are adding more clarification in the clinical considerations to emphasize this population should receive three doses for a primary series and one booster dose if they are ages 12 years and older."

It's unclear where the disconnect has been between the CDC and those who administer the vaccines. The recommendation that people who are immunocompromised get a fourth vaccine dose was given in October. The decision was covered widely, and the CDC lists this information on its website. But a CNN analysis in late January found that several state health departments did not.

On Friday, the CDC said it is not changing the number of doses recommended for people who got an mRNA vaccine; rather, it's clarifying its guidance based on these challenges, Hall said.

"The rationale for this decision was out of an abundance of caution to help this population that may not be as well protected get their booster dose sooner, particularly with concerns about initial immune response, loss of protection over time and high community transmission due to the Omicron variant," Hall said.

Guidance will also be added for moderately to severely immunocompromised people who chose the Johnson & Johnson vaccine. They are now recommended to get an mRNA vaccine at least 28 days after their first shot and a third dose at least two months after their second shot.

The patient can choose a J&J booster, Hall said, but doctors will need to advise them about the additional risks and symptoms of thrombosis and encourage them to seek medical help if they notice those symptoms. In December, the CDC recommended that people get the mRNA booster over the Johnson & Johnson vaccine after seeing data that indicated that thrombosis, a rare-blood clotting syndrome, is more common among people who had recently got a J&J vaccine than previously believed.

The CDC is also adding language to its guidance that will allow doctors who care for people who are moderately or severely immunocompromised to give them another dose of mRNA vaccine outside these recommendations "based on clinical judgment when the benefits of vaccination with a different schedule or dosage are deemed to outweigh the potential and unknown risks."

The Advisory Committee on Immunization Practices votes on an emergency use authorization, but under a legal mechanism called emergency use instructions, the CDC can make independent revisions to these guidelines when a product has been approved. The Pfizer and Moderna vaccines have FDA approval. The CDC said it has been working closely with the FDA on these guideline recommendations.