Mask mandate aboard planes, trains and buses in the US extended until May 3 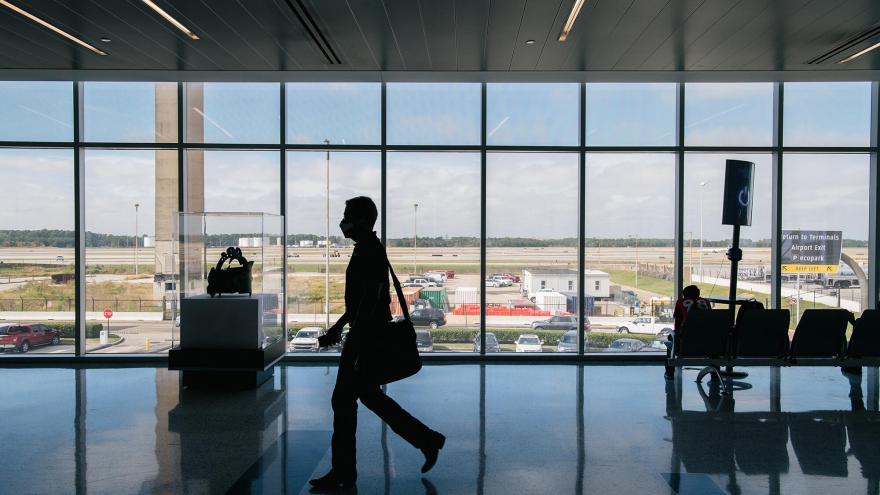 (CNN) -- The federal transportation mask mandate is being extended for another 15 days, meaning individuals traveling aboard airplanes, trains and on public transportation in the United States will be required to wear a mask until at least early May.

The mandate, the federal government confirmed on Wednesday, is now set to expire on May 3. The Associated Press was first to report the extension. The US Centers for Disease Control and Prevention announced Wednesday that it was keeping its mask order in effect, and the Transportation Security Administration announced it was extending the mandate for an additional 15 days.

"CDC continues to monitor the spread of the Omicron Covid-19 variant, especially the BA.2 subvariant that now makes up more than 85% of US cases," the TSA said in a statement. "Since early April 2022, there have been increases in the 7-day moving average of Covid-19 cases in the United States. ... TSA will continue to coordinate closely with CDC and communicate any changes to this requirement with the public."

In its own statement, the CDC said, "In order to assess the potential impact the rise of cases has on severe disease, including hospitalizations and deaths, and health care system capacity, the CDC Order will remain in place at this time."

According to the latest estimates from the CDC, BA.2 caused 86% of new Covid-19 cases nationwide last week.

A Biden administration official familiar with Wednesday's decision told CNN the goal of the extension was to gather more information and understanding of the BA.2 variant of the coronavirus.

The United States is now averaging 38,345 new Covid-19 cases per day, according to data from Johns Hopkins University. Cases are trending up in more than half of states -- including all but one state in the Northeast, Delaware. But the daily rate is still one of the lowest since mid-July.

According to the CDC's latest ensemble forecast, there could be just over 11,000 additional deaths over the next four weeks, one of the lowest such estimates for 2022.

The number of new global Covid-19 cases and deaths also continued to decline by 24% and 18%, respectively, during the week of April 4 to April 10 compared with the week before, the World Health Organization said in its weekly epidemiological update, published Tuesday.

But WHO and its International Health Regulations Emergency Committee (IHR) said on Wednesday that the Covid-19 pandemic remains a Public Health Emergency of International Concern -- a designation originally made in January 2020.

In many places within the US, broad requirements that individuals wear masks in public places have been lifted. The transportation mandate applies to mass transportation including planes, trains, buses and hubs like airports.

The mandate had been set to expire on April 18. White House Covid-19 Response Coordinator Dr. Ashish Jha told CNN on Monday that the CDC planned to share a scientific framework this week for the federal transportation mask mandate.

Asked by CNN's John Berman what he personally thinks about lifting mask mandates on transportation, Jha said, "I think these decisions should always be guided by science and evidence and a framework, a scientific framework, that helps us make smart decisions about these.

Transportation Secretary Pete Buttigieg said at an event in Indiana on Wednesday that he thinks "we're all ready for the day when we can move on from these mandates," but said that the country needs to monitor and mitigate emerging variants of Covid-19.

"We have to make sure whatever we do is responsible from a public health perspective. On one hand, we're in better shape than ever before thanks to the vaccinations that have taken place and the boosters people have got. On the other hand, we have these variants that emerged and we need to keep a close eye on them. So my hope is we are on a path forward, ultimately, leading us out of these mandates," he said.

The White House moved last month to extend the transportation mask mandate, initially established at the beginning of Biden's presidency, until April 18. The White House has said government agencies would consult with the CDC about the circumstances in which a mandate could be brought back.

Flight crew unions initially applauded the measure for protecting staff unable to avoid close contact with passengers, but some in the airline industry have recently called for an end to the mandate.

A group of major airline CEOs has said they want it to end. The union representing Southwest Airlines flight attendants asked the Biden administration in March to "lift the federal mask mandate as soon as is practicable." And a group of 21 states, as well as groups of pilots and flight attendants, asked federal courts in March to permanently end the mandate.

The mandate has also led to incidences of conflict with passengers in the skies.

The Federal Aviation Administration says that since the beginning of 2022, there have been some 744 incidents of unruly passengers related to face masks reported to the agency by airline crews.

This story and its headline have been updated with additional reporting and statements.