CDC says gay and bi men in Florida need the meningococcal vaccine, to keep them safe in 'worst' outbreak in US history 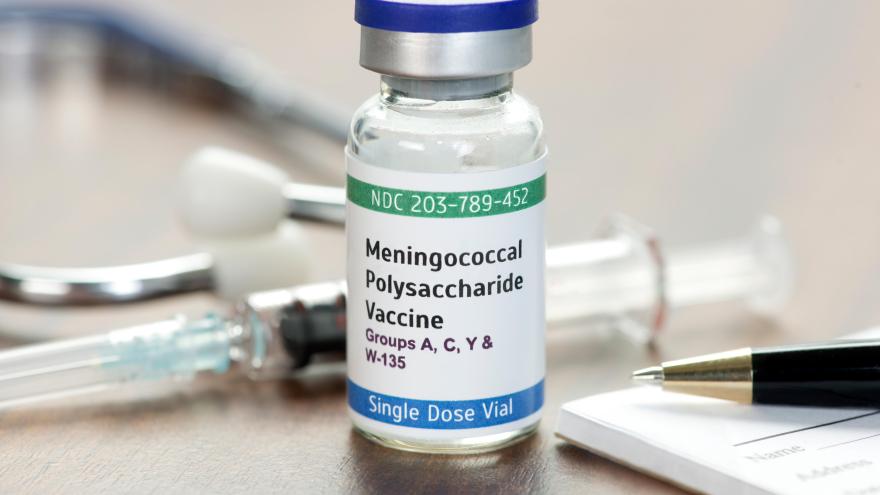 (CNN) -- Don't be surprised if you see the US Centers for Disease Control and Prevention out at the LGBTQ pride parade this year or showing up on your dating app.

The CDC's been trying to warn men in Florida or traveling to Florida, particularly those who identify as gay, bisexual, queer or trans, that they need to get a vaccine that can prevent them from getting meningococcal disease. Meningococcal disease, including meningitis, is a bacterial infection in the lining of the brain and spinal cord.

There is an ongoing outbreak in Florida in what the CDC describes as "one of the worst outbreaks of meningococcal disease among gay and bisexual men in U.S. history."

As of Friday, there have been 26 cases and seven deaths with 24 of these cases among men who have sex with men. Six of the deaths were also a part of the LGBTQ community. Half of the cases have been in men who identify as Hispanic.

The disease doesn't only impact people who identify as LGBT or Q and the illness does not seem to be connected to one particular event. The CDC is still investigating, but the outbreak is ongoing.

The threat to the general US population is low, the CDC says, but there are notably high numbers of monkeypox cases among gay, bisexual, and other men who have sex with men. "However, anyone who has been in close contact with someone who has monkeypox is at risk," the CDC notes.

Associate Director for Prevention, Division of Foodborne, Waterborne, and Environmental Diseases at the CDC, Sam Crowe, told CNN Friday that many of the meningococcal cases had been concentrated in Central Florida, but there are cases now throughout the state.

Meningococcal disease doesn't have to be deadly. Typically two and 10 people who get the bacterial infection die, according to the CDC. But as soon as a person gets sick they need to get antibiotics right away.

On the Grindr app, the company said they are working with the CDC and Building Health Online Communities a nonprofit that supports gay men's health, to get the word out about the outbreak.

Grindr said it first sent out a message about the outbreak in April and then sent a second message two weeks ago to their users in Florida. One message warns users that gay and bi men in Florida are at increased risk for meningococcal disease and to seek immediate attention if they feel any symptoms like a stiff neck, headache or severe flu-like symptoms. Another gives a push for the vaccine.

People may not know that there is an urgent need to get to the doctor because the symptoms can look a lot like other health problems like a hangover or the flu.

"That's part of the challenge," Crowe told CNN. "High fever, headache, nausea, vomiting, even a dark purple rash. It can progress very rapidly though and lead to death within a very short period of time. So we're telling folks if they're seeing those symptoms, to definitely get to their health care provider as soon as possible."

It's not as contagious as the common cold Crowe said, people need close contact with the infected to get sick. But "close contact" can mean just living in the same household.

It spreads through respiratory secretions, like saliva or spit, or can be spread through kissing.

"It's very concerning that we're seeing that number of deaths and then even people who survived there's a lot of really bad sequela including potential limb amputation and deafness. It's very serious, serious disease," Crowe said.

People living with HIV are especially vulnerable since they're immunocompromised.

The CDC has long encouraged people living with HIV to get vaccinated against meningococcal disease to prevent severe illness. But now the CDC is telling the community regardless of HIV status, that it should get the vaccination now. Even if they had one as a child. Typically the protection of the vaccine wears off after about five years.

People should ask for the MenACWY vaccine. There is another, MenB, but the subspecies of the bacteria from serogroup C is what seems to be at the root of these cases among the LGBTQ community in Florida.

"The vaccine is readily available. Folks can go to their local health care provider," Crowe said. "The vaccine is also available at the county health department for free. We're trying to make sure that everyone who wants the vaccine can get it as soon as possible."