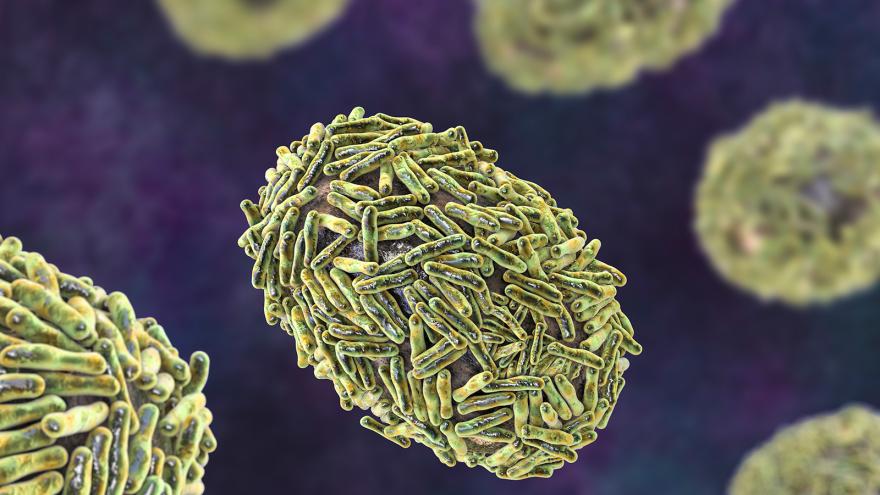 (CNN) -- Two cases of monkeypox have been identified in children in the United States, the US Centers for Disease Control and Prevention said Friday.

The two cases are unrelated and probably the result of household transmission, the CDC said.

One case is a toddler who is a resident of California. The other is an infant who is not a US resident. Public health officials are investigating how the children were infected.

Both have symptoms but are in good health and receiving treatment with an antiviral medication named tecovirimat or TPOXX, which the CDC recommends for children under the age of 8 because they are considered to be at higher risk from infection.

Since the monkeypox outbreak began in May, most of the cases have happened among men who have sex with men. However, anyone can catch the virus through close skin-to-skin contact. In the case of children, the agency said this could include "holding, cuddling, feeding, as well as through shared items such as towels, bedding, cups, and utensils."

The CDC says the Jynneos monkeypox vaccine is being made available for children through special expanded use protocols. The agency has also developed new guidance for health care providers about identifying, treating and preventing monkeypox in children and teens.

Dr. Jennifer McQuiston, deputy director of the CDC's Division of High Consequence Pathogens and Pathology, said Friday that the cases in children were not surprising and that the US should be ready to respond to more.

"The social networks that we have as humans mean that we have contact with a lot of different people. And while this outbreak is spreading in a particular social network right now, I think we've messaged from the start that there could be cases that occur outside those networks and that we need to be vigilant for it and ready to respond and message about it," she said.

"I know that in Europe and other places where this outbreak is also expanding, they have reported cases in children, in women. And I think the same thing is happening and expected to happen here in the United States," she said.

"There is no evidence to date that we're seeing this virus spread outside of those populations to any degree," McQuiston said.

The US government has shipped 300,000 monkeypox vaccines to US states and territories as of Friday afternoon.

"That means hundreds of thousands of Americans are going to be getting vaccinated in a matter of days or weeks," Dr. Ashish Jha, the White House Covid-19 response coordinator, said Friday. "Jurisdictions, states territories, cities are getting their vaccines typically about 30 hours after ordering them."

The newly released doses increase available supply, but they cover just a small portion of the eligible population. The CDC estimates that more than 1.5 million people are eligible for the monkeypox vaccine.

The prescribing information for the Jynneos vaccine says a full course is two shots given four weeks apart. The CDC and the US Food and Drug Administration have said that people need both doses to fully prevent disease.

But in New York City and some other places seeing a high degree of viral spread, officials have been giving out a first shot to as many people as they can, even before second doses are available.

"The FDA and CDC clearly believe that people need two doses. And the reason that New York and many other places have been able to move forward with a first dose out to everybody, is because we've been able to show them that more doses are coming and that second doses will be able to be given to people," he said. "So given that, we encourage people to go ahead and use up all their doses as first doses."

"We continue to see the majority of cases in the United States as being reported among individuals who identify as gay, bisexual or other men who have sex with men," McQuiston said. More than 99% of the US monkeypox cases for which the CDC has information have involved male-to-male sexual contact.