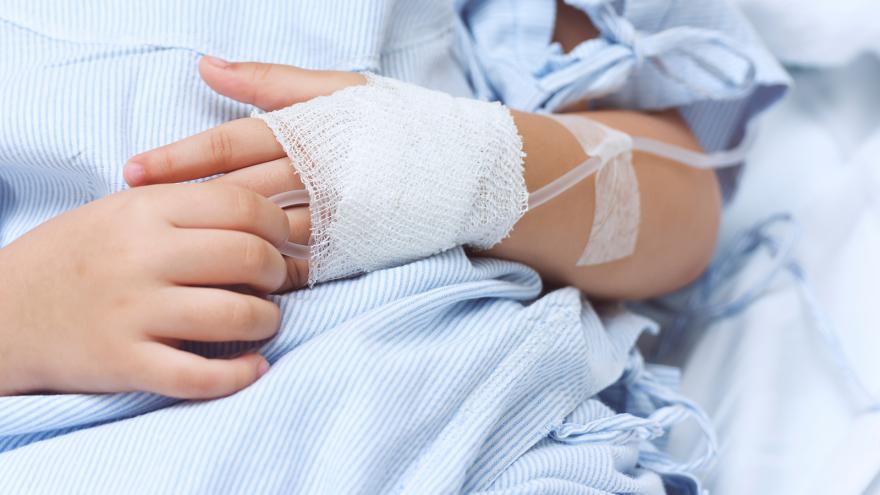 (CNN) -- The US Centers of Disease Control and Prevention continues to investigate cases of acute hepatitis with unknown causes among children and released new clinical details about some of the cases on Friday.

So far, there have been at least 18 cases reported in at least four states -- and dozens more in Europe.

The latest clinical details shared by the CDC on Friday come from Alabama, where the first cases were found. Clinical records were analyzed for nine total patients admitted to a children's hospital after October 1, 2021.

The patients were from different parts of the state with no epidemiologic links. All were considered generally healthy, with no significant comorbidities and no immune system weakness. The median age was about three years, ranging from younger than two to older than five years.

Vomiting and diarrhea were the most common symptoms among patients before admission, with some also experiencing upper respiratory symptoms. At admission, most had an enlarged liver, along with jaundice and yellowing in the eyes.

All patients received negative test results for hepatitis viruses A, B, and C, and several other causes of pediatric hepatitis and infections were ruled out. But adenovirus was detected in all patients.

The CDC issued a health advisory last week, alerting health care providers and public health authorities to the investigation and recommending that providers consider adenovirus testing in children with hepatitis when the cause is unknown, adding that testing the blood in whole -- not just blood plasma -- may be more sensitive.

Among the nine patients in Alabama, six received positive test results for Epstein-Barr virus that were determined to be from previous infections. Other detected viruses included enterovirus/rhinovirus, metapneumovirus, respiratory syncytial virus, and human coronavirus OC43.

No patient had a documented history of previous Covid-19 infection.

Three patients developed acute liver failure, two of whom underwent liver transplantation. The CDC reports all patients are recovered or recovering, including the transplant recipients.

Hepatitis is inflammation of the liver, a vital organ that processes nutrients, filters the blood and helps fight infections. When the liver is inflamed or damaged, its function can be affected.

Most often, hepatitis is caused by a virus, and adenoviruses are a common type of virus spread from person-to-person that can cause a range of mild to more severe illnesses. But these viruses are only rarely reported as a cause of severe hepatitis in healthy people.

Adenovirus is recognized as a cause of hepatitis among immunocompromised children, but may be an "underrecognized contributor to liver injury among healthy children," according to the CDC. It is primarily spread from feces to the mouth.

There is no vaccine for adenoviruses in children. Adenoviruses tend to linger on surfaces and alcohol-based hand sanitizers don't work well against them, according to Dr. Ashlesha Kaushik, a spokesperson for the American Academy of Pediatrics.

"Thorough handwashing with soap and water is the best thing," Kaushik said. "Keeping distance from anybody who's sick with coughing and sneezing, and teach your children to cough or sneeze into their sleeve."