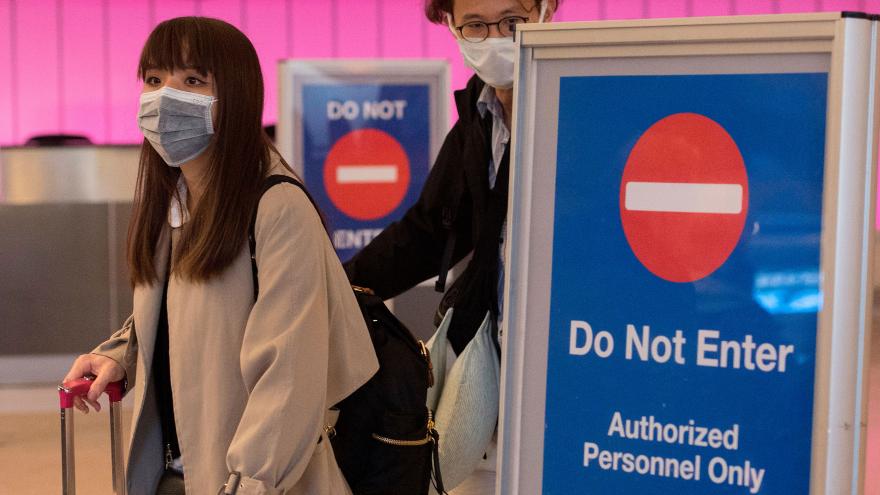 (CNN) -- The US Centers for Disease Control and Prevention has ordered a federal 14-day quarantine for nearly 200 Americans who recently returned from Wuhan, China, the epicenter of the coronavirus outbreak.

The group -- made up of 195 Americans, many of them diplomats and their families -- arrived Wednesday by plane at the March Air Reserve Base in Southern California and were staying at the base under a three-day voluntary quarantine.

US health officials previously said they wouldn't issue a blanket quarantine for the evacuees, as some agreed to stay at the base voluntarily longer than 72 hours.

Then Thursday, one of the passengers tried to leave the base and was ordered to stay there in quarantine for a 14-day incubation period "or until otherwise cleared," Riverside County Public Health said in a statement.

A longtime CDC adviser told CNN Friday morning the agency should consider extending the three-day quarantine because other countries are doing the same for citizens returning from Wuhan. Those include France, South Korea and Australia.

The CDC adviser also pointed to a report published Thursday night in the New England Journal of Medicine showing that infected people can transmit the virus before they develop symptoms.

According to the study, there were five instances of asymptomatic transmission of the Wuhan virus in one cluster. A woman in Shanghai was infected by one of her parents, who had no symptoms. That woman flew to Germany and while she was asymptomatic transmitted the virus to two colleagues. One of those colleagues, while healthy, transmitted the virus to two more coworkers.

Coronavirus has killed at least 213 people and infected more than 9,000 others in China, most of them in the hardest-hit city of Wuhan. Outside mainland China, there are 140 confirmed cases, including six in the United States.