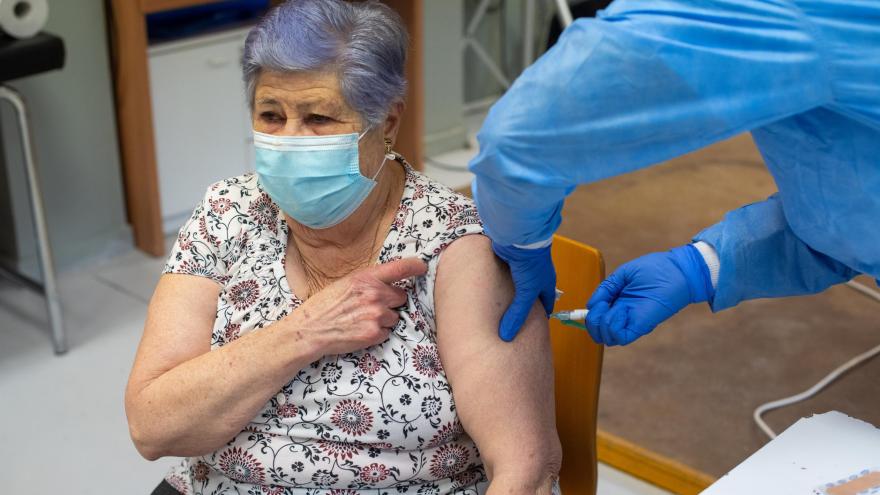 (CNN) -- Advisers to the US Centers for Disease Control and Prevention have called an emergency meeting for Tuesday to vote on who they recommend should be the first to get a coronavirus vaccine once one is authorized.

The CDC's Advisory Committee for Immunization Practices wants to have advice out to the public ahead of any decision from the US Food and Drug Administration about emergency authorization of a vaccine, ACIP chair Dr. Jose Romero told CNN.

"We are meeting because the FDA, the Operation Warp Speed, have asked states and other jurisdictions to please submit their plans on Friday of this coming week," Romero said.

"We foresee imminent authorization if this vaccine is shown to be effective and safe in the near future and we want to be at the point where we are providing appropriate guidance to the states and jurisdictions for the use of these vaccines," said Romero, who is Secretary for Health for the Arkansas Department of Health.

"This is not something that is being rushed. We have already discussed the groups within the first tier. We are simply going over the data once again and having a vote primarily on the first tier group 1a -- healthcare providers and the people in the long term, congregate facilities."

ACIP met on Monday to discuss the priority groups for receiving any vaccine that may get emergency use authorization from the FDA. The CDC has already recommended that the first group -- designated as 1a -- should include frontline health providers and support personnel.

"It is important because these are the individuals that are really at the front line providing the care," Romero said.

Vaccinating them could make a big difference, Romero said.

There are not going to be enough vaccines for everyone at first, so choices have to be made.

The CDC estimates there are 21 million healthcare personnel, 87 million essential workers, 100 million adults with high-risk medical conditions and 53 million others 65 and older. The federal government has said 40 million coronavirus vaccine doses could be available by the end of December.

Dr. Larry Corey of the University of Washington, who is heading up coronavirus vaccine clinical trials in the US, has said if both Pfizer and Moderna get vaccines authorized, they could supply 50 million more doses in January and 60 million more in February and March.

Those vaccines require two doses taken three to four weeks apart to be effective, so that would mean roughly enough vaccines to cover 75 million people by the end of March.

ACIP's priorities will help decide who gets access to those scarce vaccines first.

"The plan is to roll out doses of vaccines over the next few weeks to months in order to cover the 1a, 1b and 1c groups. There are not going to be sufficient vaccines for everybody in the first allotment," Romero said.

"It is important for the public to understand that we are dealing with select groups of individuals -- not the general public."

Pfizer has applied to the FDA for EUA for its vaccine and biotech company Moderna is expected to do so soon. The FDA has scheduled a meeting of its own vaccine advisers for December 10. Sources have told CNN another meeting is being scheduled for December 17.

Romero said it was important for people to know ACIP will hold a public meeting and a public vote. All ACIP meetings are public and livestreamed.

Members of the committee will also discuss clinical considerations. One worry is side effects from the vaccine, and whether vaccinating frail nursing home residents, who may be likely to suffer a number of health events regardless of vaccination, could damage faith in the safety of the immunizations.

"I think we can deal with it," Romero said.

The advisers will also discuss how to monitor safety after allocation of the vaccine, according to the meeting document.

The entire process is on a faster-than-usual timeline. The vaccine makers sped development and manufacture of the vaccines and have been making them at the same time they have been tested -- something not usually done.

While the safety and efficacy testing itself isn't being cut short, the FDA is considering the Pfizer vaccine and will likely consider any others under emergency use authorization rather than full approval -- a quicker process because of the pandemic. The vaccines will also have to undergo full approval later.