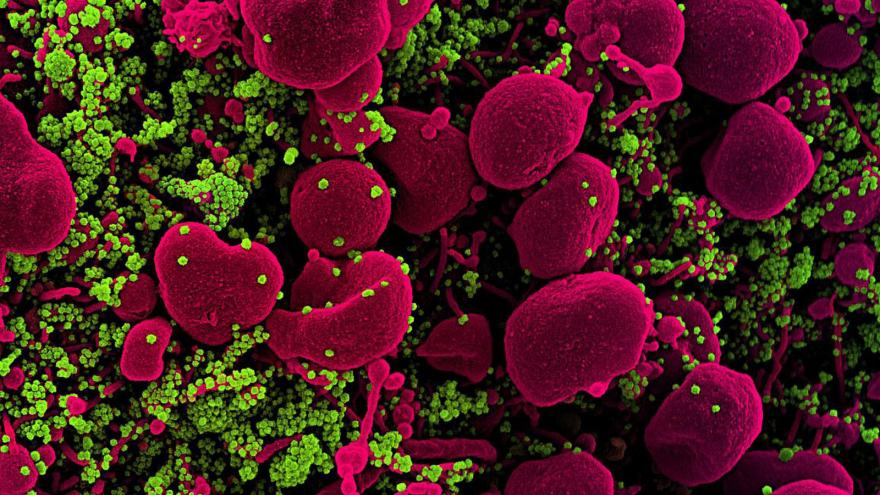 (CNN) -- The US Centers for Disease Control and Prevention on Monday abruptly reverted to its previous guidance about how coronavirus is transmitted, removing language about airborne transmission it had posted just days earlier.

"A draft version of proposed changes to these recommendations was posted in error to the agency's official website. CDC is currently updating its recommendations regarding airborne transmission of SARS-CoV-2 (the virus that causes COVID-19). Once this process has been completed, the update language will be posted," Jason McDonald, a CDC spokesman, said in a response emailed to CNN.

The guidance had been quietly updated on Friday, according to the CDC's website. CNN was first to report the change on Sunday. The CDC responded to CNN just before noon on Monday to say it was reverting to the previous guidance.

Despite several studies that have shown the novel coronavirus can spread through small particles in the air, the CDC page now says that Covid-19 is thought to spread mainly between people in close contact -- about 6 feet -- and "through respiratory droplets produced when an infected person coughs, sneezes or talks." This is the same language it posted months ago.

In language posted Friday and now removed, CDC said Covid-19 most commonly spread between people who are in close contact with one another, and went on to say it's known to spread "through respiratory droplets or small particles, such as those in aerosols, produced when an infected person coughs, sneezes, sings, talks or breathes."

These particles can cause infection when "inhaled into the nose, mouth, airways, and lungs," the agency said. "This is thought to be the main way the virus spreads."

"There is growing evidence that droplets and airborne particles can remain suspended in the air and be breathed in by others, and travel distances beyond 6 feet (for example, during choir practice, in restaurants, or in fitness classes)," the page said in the Friday update, which has since been removed. "In general, indoor environments without good ventilation increase this risk."

In the Friday update, the CDC had added new measures to protect yourself in others, including recommendations to use air purifiers to reduce airborne germs in indoors spaces and clear guidance to "stay at least 6 feet away from others, whenever possible." The updated CDC page had also changed language around asymptomatic transmission, shifting from saying "some people without symptoms may be able to spread the virus" to saying "people who are infected but do not show symptoms can spread the virus to others." That language has now been removed.

Also on Friday, CDC updated its coronavirus testing guidance to stress that anyone who has been in contact with an infected person should be tested for coronavirus. A controversial earlier update was not written by CDC scientists and posted online before it had undergone the normal scientific review process, two sources confirmed to CNN last week.

CNN reported last week that US Health and Human Services communications officials appointed by President Trump had recently pushed to change language of weekly science reports released by the CDC so as not to undermine Trump's political message, according to a federal health official. Officials within HHS had defended the demand, saying the CDC fell under the agency's umbrella and that all communications and public documents needed to be cleared at the top. CDC Director Dr. Robert Redfield said last week "at no time has the scientific integrity" of these reports been compromised.