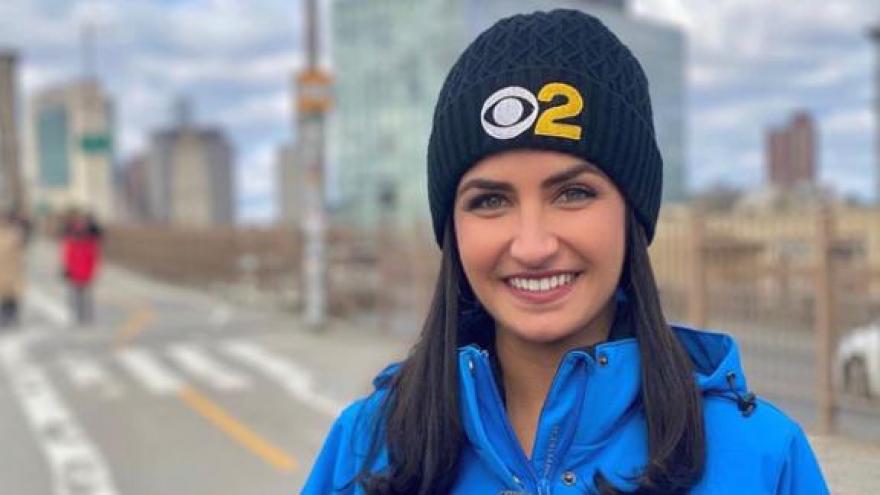 (CNN) -- Nina Kapur, a 26-year-old reporter in New York City, died after she fell from a moped that had been rented from Revel, a popular moped sharing service.

"We are heartbroken here at CBS2 as a member of our news family has passed away," CBS New York, a CNN affiliate, said in a statement on Sunday. "Reporter Nina Kapur joined the team in June 2019 and was known for her contagious smile and love for storytelling."

Kapur was riding on the back of a Revel rental scooter that was being driven by a 26-year-old man when he "swerved for an unknown reason" Saturday evening in Greenpoint, Brooklyn, according to NYPD spokeswoman Denise Moroney.

Kapur and the driver fell to the roadway, and while the driver sustained minor injuries, Kapur was transported to a hospital where she was pronounced dead.

The investigation is ongoing, Moroney said. Neither were wearing helmets.

Similar to the electric scooter rentals that have popped up nationwide, people can use a Revel moped by simply downloading an app and unlocking the nearest one for $1. They're currently available in New York, Austin, Texas, Miami, Oakland, California, and Washington D.C. Anyone over 21 and with a valid license can drive one.

Revels only go up to 30 miles per hour and riding on highways and major bridges is not allowed, according to Revel's website. Helmets, which the company says are cleaned "with COVID-19-effective disinfectants," are provided in the trunk of the moped.

In a statement to CNN, a Revel spokesperson said the company was "actively investigating this incident" and working with the NYPD in its investigation as well.

"Revel extends deepest sympathies to Nina Kapur's family and loved ones for their loss," the spokesperson added.

Before Kapur joined CBS New York as an on air reporter, she had worked at News 12 in Connecticut.

"News 12 staff members are remembering Kapur for her incredible work ethic, as well as her sense of humor and smile," the station shared.

Her fellow journalists took to Twitter to remember her.

"@NinaKapur was vivacious and had big plans for the future. Funny, fashionable, and often the first person to like a picture on social media," Suzanne Goldklang of News12 tweeted.

"Nina was perfect. So beautiful. So vibrant. She inspired me by being an excellent journalist and by making big moves at such a young age," Aliah Williamson from WDTN tweeted.

Kapur was a 2016 graduate of Syracuse University's broadcast and digital journalism program.

Barbara Fought, Kapur's faculty adviser and one of her professors, described the young journalist as "a bright light, a very positive person, with an infectious smile," according to an email by Mark Lodato, the dean of the university's school of public communications sent to faculty and staff.