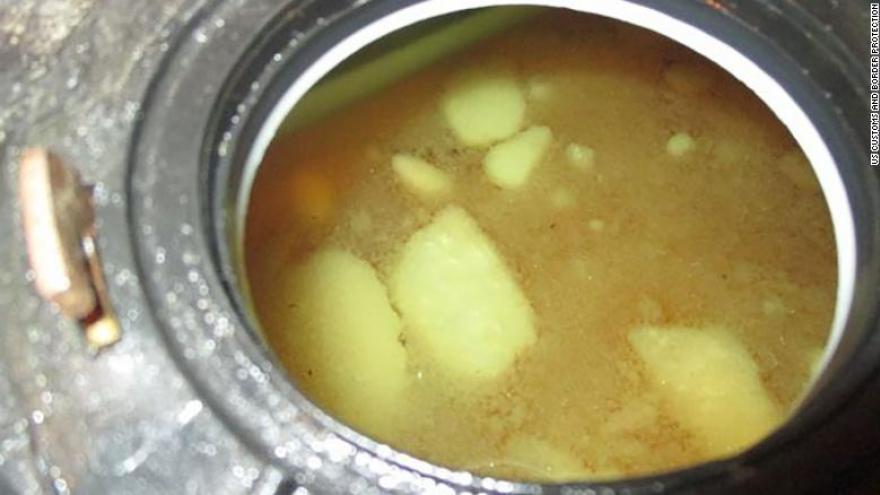 The liquid meth was valued at about $266,000, according to US Customs and Border Protection.

(CNN) -- Border agents arrested a 36-year-old US citizen this week after finding 222 pounds of liquid meth in his truck.

That's worth about $266,000, according to the US Customs and Border Protection (CBP).

The man applied for entry on Tuesday about 11 p.m. at the port of entry in Calexico, California, CBP said in a news release. Calexico sits about 300 yards north of the international line.

But a CBP dog alerted officers to the 2004 Chevrolet Silverado's gas tank. Agents removed the tank for search and found "an unusual liquid substance that began to crystalize," CBP said.

"Officers field-tested the substance receiving a positive indication for the properties of methamphetamine," the agency said.

The man was arrested and turned over to US Immigration and Customs Enforcement agents. Authorities did not release his name. The agency seized the vehicle and the meth.

"Drug trafficking organizations have one goal in mind, which is to get their product across," Officer in Charge Sergio Beltran said in a statement. "Concealing narcotics in gas tanks is one tactic and by utilizing our layered enforcement, we were able to stop this before it plagued our communities."