Caution: September is historically a dismal month for stocks 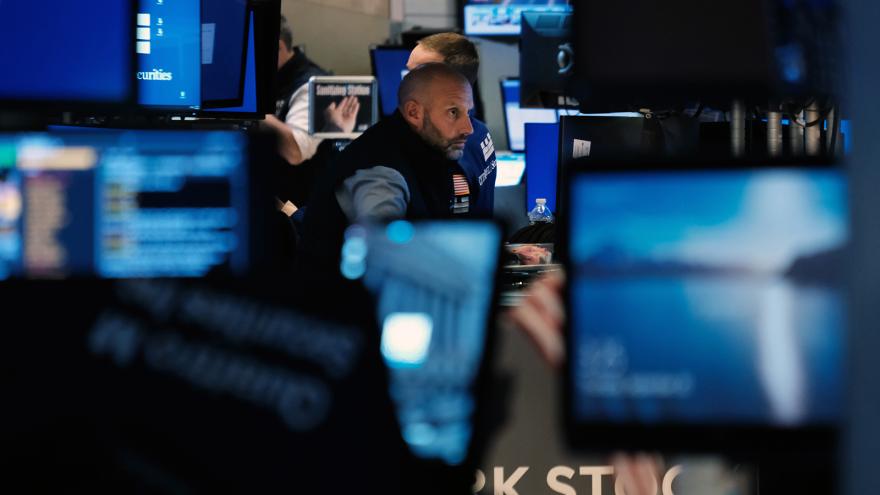 (CNN) -- August is about to come to a close, which means that the summer is almost over in the Northern Hemisphere. (Have fun in the sun, Australia!) If that's not enough to bum you out, then this might: September, which begins on Thursday, is historically the worst month of the year for the stock market.

The Dow and S&P 500 fell sharply in September last year and in 2020, even though the broader market rallied in both years. That doesn't mean stocks are doomed to finish this September in the red, of course. Stocks rallied in each of the three Septembers prior to the pandemic.

But here's another potentially ominous sign: This is a midterm election year. The Dow has fallen in 11 out of the last 18 pre-midterm Septembers going back to 1950, according to data from The Stock Trader's Almanac.

So don't count on past performance to dictate future results. At the end of the day, investors should focus on fundamentals instead of dates on the calendar. Earnings, the economy and Federal Reserve interest rate policy will matter far more to stock performance than what month it is.

Still, there's reason to be nervous.

The Fed's next meeting about rate hikes is on September 21. Several key economic reports are on tap that will give investors more clues about the health of the job market and whether inflation pressures are abating. Congress will be back in session just after Labor Day as well.

"There is no question that there are a number of geopolitical concerns and economic data that could lead to volatility. Investors should be prepared for that," said Josh Emanuel, chief investment officer of Wilshire.

Traders should keep a close eye on the Fed and the economy, he added, and the good news is that there are signs that the job market remains healthy and that inflation is finally starting to cool.

If that trend persists, Emanuel said, "a soft landing could be a plausible scenario," meaning that the Fed won't cause a recession by hiking rates too aggressively.

The stock market had a miserable first half of the year, which could mean that the recent rebound (July's sharp rally and a flat, albeit choppy August) may continue.

"The historical concerns about September and October are less relevant this year. There are forces in play that are more significant," said Alex Chaloff, co-head of investment strategy at Bernstein Private Wealth Management. "There are a number of potential catalysts for a fall rally."

Chaloff said that if the slowdown in inflation continues, "the market will cheer that significantly" and the Fed might be more likely to raise interest rates next month by just a half percentage point instead of three-quarters of a point. That could be "critical in establishing momentum for a rally," Chaloff added.

Chaloff also thinks that a soft landing is possible for the economy, or in a worst case, a "mild recession." Investors don't need to be too worried about a sharp economic downturn because "strength in consumer and corporate spending will be more than enough to carry us through," he said.

So as long as the economy keeps chugging along and inflation fears move further into the rear view mirror, the market just might avoid a big September swoon.

All eyes on the jobs report

Worries about an imminent recession subsided after the stronger-than-expected-jobs report for July. The government reported that 528,000 jobs were added, far more than expected.

August jobs numbers are due out on Friday. Economists expect a slowdown in hiring, but nothing that's likely to lead to louder recession alarm bells.

Economists are forecasting an increase of 285,000 jobs to August payrolls, according to Reuters, and that the unemployment rate will remain flat at 3.5%. If those estimates are met, the Fed (and the markets!) will likely be happy.

"The July jobs report was so unabashedly strong so it's hard to imagine the Fed will be worrying about the August numbers. The labor market speaks to the underlying strength of the economy," said Jake Remley, senior portfolio manager at Income Research + Management.

Investors will also be keeping a close watch on the wage growth numbers in the jobs report. Any signs of a slowdown in wages could be viewed favorably by investors as more evidence that inflation pressures are cooling.

Economists are forecasting a slight increase from July, with wages expected to rise 5.3% over the previous 12 months...up slightly from June's 5.2% growth rate.

A small uptick in wage growth probably won't set off alarm bells. But neither the Fed nor investors will want to see wages skyrocketing. That might be good news for consumers in the short run, but it would not be welcome in the long haul.

As Fed chair Jerome Powell put it in Friday's speech at Jackson Hole, "a failure to restore price stability would mean far greater pain" for the economy.