Cause of California's single largest wildfire ever is undetermined, fire officials say 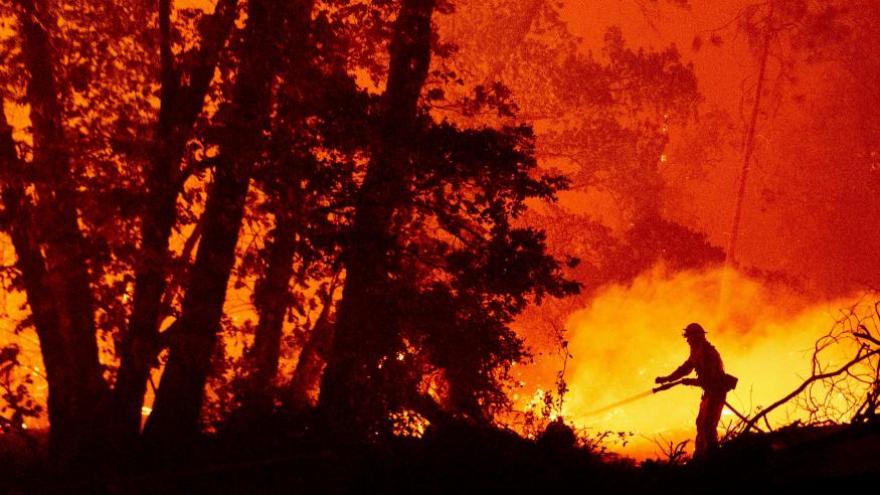 Despite an "exhaustive investigation," the US Forest Service announces the cause of the largest single fire, pictured here on September 7, 2020 in California's recorded history is undetermined.

(CNN) -- Despite an "exhaustive investigation," the US Forest Service announced Friday the cause of the largest single fire in California's recorded history is undetermined.

The Creek Fire, which burned more than 379,000 acres in the mountains of Fresno and Madera counties for months last year, destroyed more than 850 structures and spawned two firenados amid the state's worst fire season on record.

Officials excluded many potential causes such as equipment use, escaped campfire, activities by children and burning debris. Despite some speculation, officials also said there were "no illegal marijuana grow sites nearby, so that also was excluded as a possible cause."

Fresno County officials said the cost of fighting and extinguishing the fire was $193 million. The cost of recovery and rebuilding is estimated to exceed $500 million.

"We all want to know a definitive cause to what started the devastating Creek Fire last year," Dean Gould, forest supervisor of the Sierra National Forest, said in a statement. "Investigators spent countless hours hiking rugged terrain to determine the cause, interviewed numerous leads, and eliminated multiple potential causes. In the end, lightning remains as the probable cause."

Gould said that at this point, "the case is considered closed, pending further leads."

The fire began September 4 and was finally declared contained just before Christmas. The blaze destroyed 853 structures and damaged 64, according to the California Department of Forestry and Fire Protection (Cal Fire).