Cats found in plastic container go up for adoption 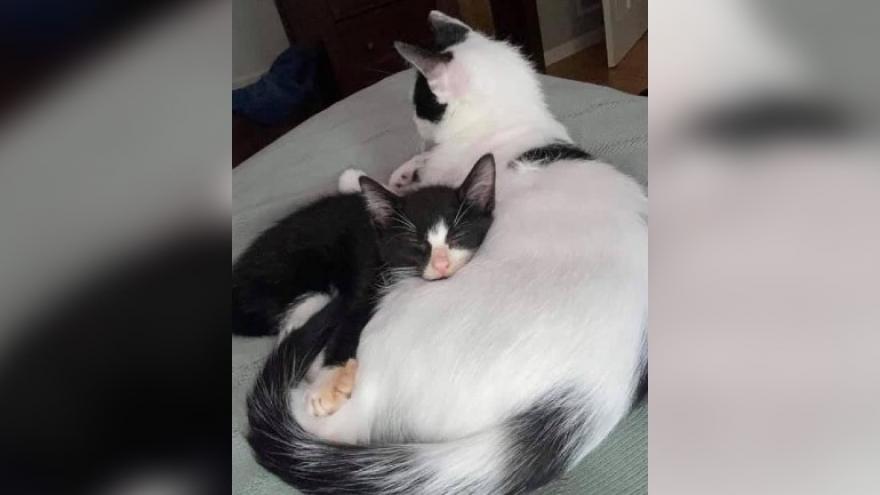 BRANFORD, Connecticut (WFSB) -- A family of cats found in a plastic container in Branford this past spring improved enough to go up for adoption.

The Dan Cosgrove Animal Shelter posted an update this week about the cats, which were named Stevie Nicks, Van Halen, Aerosmith and Metallica.

A fourth kitten didn't make it.

The shelter said it considered the cats that survived "rock stars" because of their story.

After the family was found in March, it was touch-and-go for awhile. However, the survivors eventually started to show improvement while in foster care.

They returned to the shelter to go up for adoption.

Stevie Nicks, which is the mother, and Van Halen went to a home to live with some dogs.

There's no word on whether or not Aerosmith and Metallica found homes yet.

The shelter wished to thank its supporters, donors and adopters.

There's also no word on who left the cats in the container. It was found on the side of the road. The felines were unconscious when they were discovered.