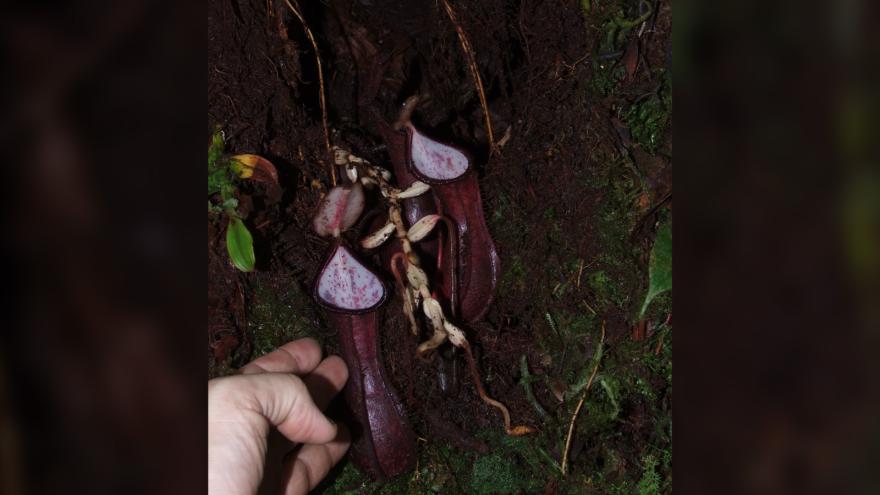 (CNN) -- Scientists have discovered a carnivorous plant that grows prey-trapping contraptions underground,feeding off subterranean creatures such as worms, larvae and beetles.

The newly found species of pitcher plant was unearthed in the Indonesian province of North Kalimantan, on the island of Borneo. Like other pitcher plants, Nepenthes pudica has modified leaves, known as pitfall traps or pitchers, that its prey fall into before being consumed. (One species is so large it can trap rats.)

No other species of pitcher plant known to sciencecatches its prey underground.

The plant forms specialized underground shoots with small, white, chlorophyll-free leaves, the researchers said. The pitchers are much larger than the leaves and have a reddish color.

"This species places its up-to-11-cm-long (4.3-inch-long)pitchers underground, where they are formed in cavities or directly in the soil and trap animals living underground, usually ants, mites and beetles," saidlead study author Martin Dančák of PalackýUniversity Olomouc, Czech Republic, in a news release.

Only three other groups of carnivorous plants are known to trap underground prey, but they all use very different trapping mechanisms and, unlike Nepenthes pudica, can catch only minuscule organisms, the researchers said.

"Interestingly, we found numerous organisms living inside the pitchers, including mosquito larvae, nematodes and a species of worm, which was also described as a new species," said Václav Čermák of Mendel University in Brno, Czech Republic, who was also part of the research team.

Luck played a role in its discovery. The scientists noticed plants on the mountain they were exploring that very closely resembled Nepenthes but produced no pitchers. An initial search showed a deformed pitcher protruding from the soil.

"At first, we thought it was an accidentally buried pitcher and that local environmental conditions had caused the lack of other pitchers," said Ľuboš Majeskýof Palacký University Olomouc, who was part of the research team.

"Still, as we continued to find other pitcherless plants along the ascent to the summit, we wondered if a species of pitcher plant might have evolved towards loss of carnivory, as seen in some other carnivorous plants."

But then, when taking photos, Majeský said he tore a moss cushion from a tree base; revealing a bunch of pitchers with a rich maroon hue.

This discovery is important for nature conservation in Indonesian Borneo, which is a biodiversity hotspot.

"We hope that the discovery of this unique carnivorous plant might help protect Bornean rainforests, especially prevent or at least slow the conversion of pristine forests into oil palm plantations," said Wewin Tjiasmanto of Indonesian conservation group Yayasan Konservasi Biota Lahan Basah in Surabaya, who helped discover the new species.

The research published in the journal PhytoKeys. 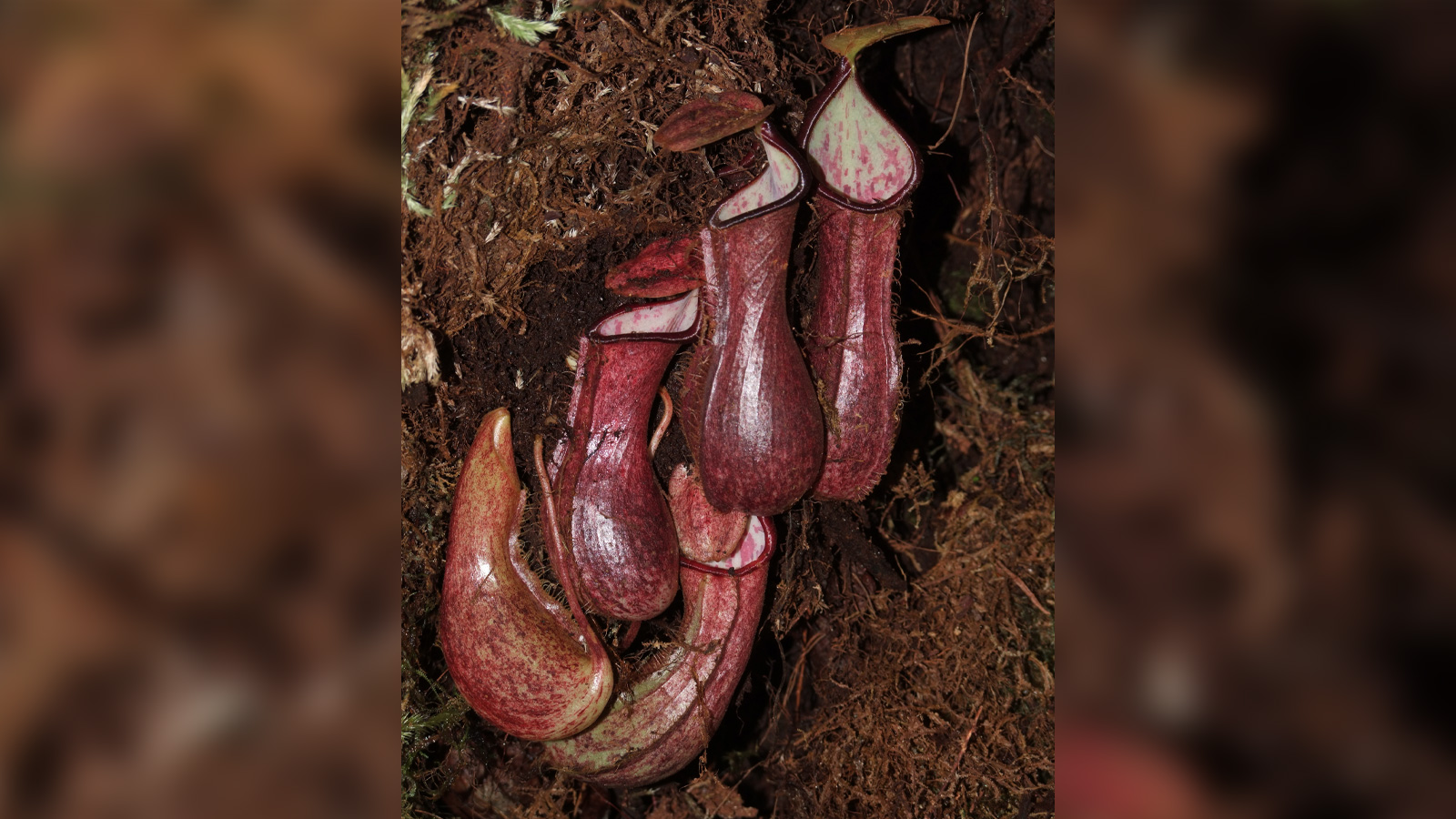