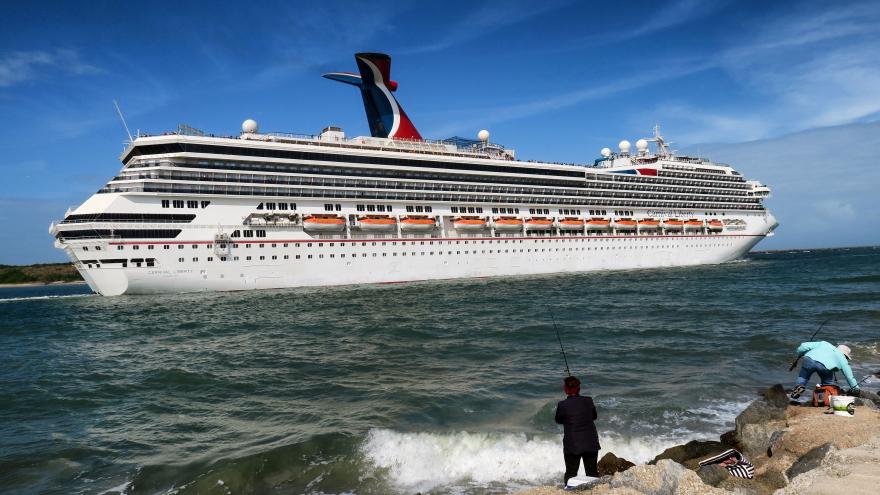 (CNN) -- The cruise industry has ground to a halt during the coronavirus outbreak, so investors were already concerned about Carnival's latest earnings. But the figures were even worse than expected.

The company is unable to provide any guidance because it is "unable to definitively predict when it will return to normal operations," it added in its earnings release.

Carnival noted that once it does resume operations, it will only be after collaboration with government and health officials and that it will be in a phased manner.

Shares of Carnival were down more than 2% Thursday.

The bad news from Carnival comes one day after Norwegian said it was canceling cruises it had tentatively planned for later this summer and was extending suspensions through September.

Norwegian's stock was flat Thursday and shares of Royal Caribbean were up nearly 2%. But all three cruise stocks have plummeted between 55% and 70% this year.

Royal Caribbean said last month that demand for 2021 cruises remained strong, a sign that consumers are eager to take vacations again if there is no second wave of Covid-19 cases.

Carnival stressed in the earnings release that it has ample liquidity of about $7.6 billion to ride out an extended pause in operations. But it also said it expects to burn through about $650 million in cash a month, on average, during the second half of 2020.

That's raised concerns about funding. Carnival and other cruise companies were shut out of the first $2 trillion coronavirus stimulus package that passed in Congress in March.

Carnival did, however, qualify for $700 million in aid through a Federal Reserve program designed to provide funding to struggling businesses.