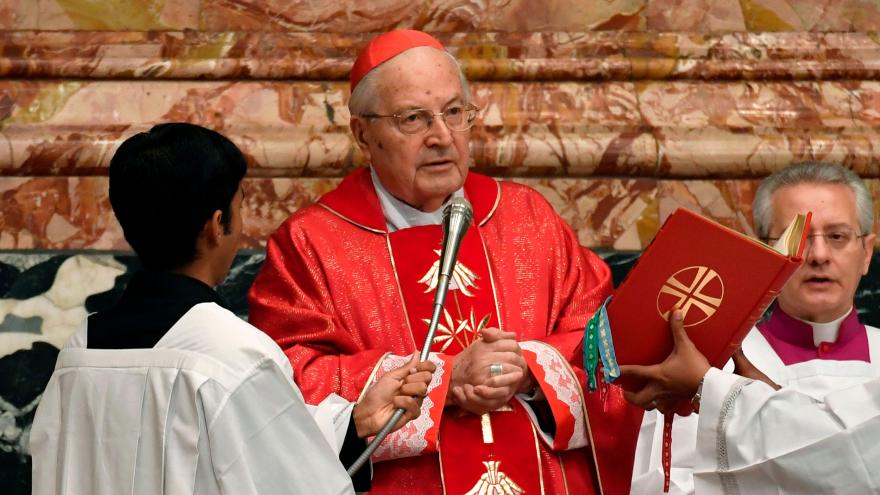 (CNN) -- Cardinal Angelo Sodano died Friday at the age of 94 in Rome, according to Vatican News.

The news agency said the cardinal had been hospitalized for pneumonia earlier in the month, after testing positive for Covid-19. He had been in poor health for some time.

In a telegram sent to the cardinal's sister on Saturday, Pope Francis expressed his condolences.

"I recall his diligent work alongside so many of my predecessors, who entrusted him with important responsibilities in the Vatican diplomacy, up to the delicate office of secretary of state," Francis said.

Sodano was a long-time Vatican presence, having served two popes as secretary of state and as dean of the College of Cardinals. He remained influential even in retirement.

But he faced severe criticism during the church sexual abuse crisis. In 2005, during a meeting with then-US Secretary of State Condoleezza Rice, he reportedly asked her to intervene in a sexual abuse lawsuit in the state of Kentucky, which named the Vatican as a defendant. But she declined, the National Catholic Reporter said at the time.

He repeatedly came under pressure during the years that followed for downplaying sexual abuse or blocking investigations into the scandal.