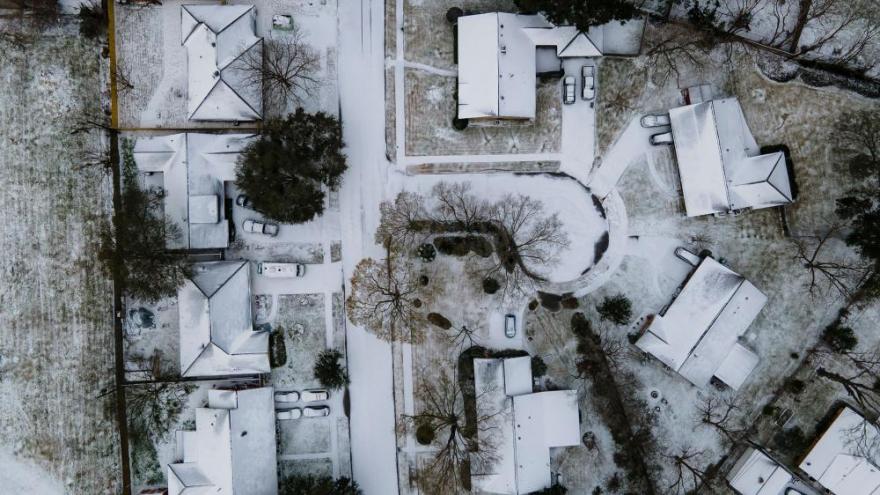 (CNN) -- Power outages in Texas have forced many to seek warmth in unconventional ways.

People are using their grills, cars and generators to heat their homes -- and carbon monoxide poisonings are spiking because of it.

As of Tuesday, at least 300 cases and two fatalities related to carbon monoxide were reported in Harris County, according to Judge Lina Hidalgo in an update from the Office of Homeland Security and Emergency Management.

Hidalgo called the poisonings a "disaster within a disaster," adding that the numbers coming out of Harris County are "just the tip of the iceberg."

Since Monday, the Memorial Hermann Health System in Houston has seen over 100 cases of carbon monoxide poisoning, a spokesperson told CNN.

"We do see some cases of carbon monoxide poisoning when we have cold weather," the spokesperson said. "But we do not typically see this many patients in such a short period of time.

Given the influx of patients, doctors at the hospital have deemed the situation a "very serious public health emergency."

The Cy-Fair Fire Department in Harris County also issued a warning this week, saying the department has transported 14 people, including at least seven children poisoned by carbon monoxide in only 24 hours.

How to avoid carbon monoxide poisoning

Most of the poisonings are being attributed to the use of outdoor appliances inside.

Devices like grills, campfire stoves, generators and car engines all release carbon monoxide, which, at certain levels, can cause sudden illness or death when inhaled, according to the US Centers for Disease Control and Prevention.

Carbon monoxide is colorless and odorless, making it hard to detect exposure -- but it can sometimes produce flu-like symptoms like headache, dizziness or weakness.

A crucial way to avoid carbon monoxide poisoning is to not use devices that expel it for heat indoors, the CDC advises.

This means not running cars inside attached garages, not burning anything in unvented stoves or fireplaces, and not bringing generators inside.

The Memorial Hermann Health System said that at this time, patient care has not been impacted by the spike in poisonings. The system will continue to monitor the situation closely.