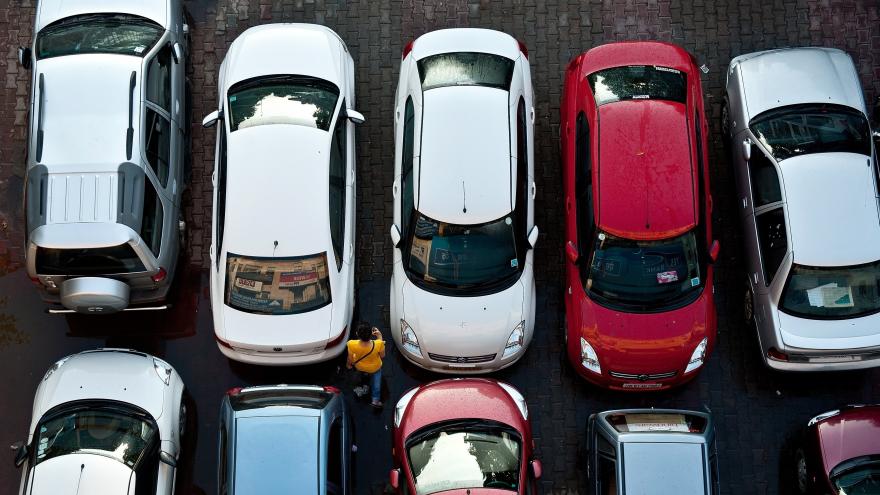 (CNN) -- Thirty-seven children die each year as a result of being left in a hot car according to the National Safety Council. Every death seems to prompt a discussion on ways to prevent these tragedies by reminding drivers of their precious backseat cargo.

The system will notify drivers if the rear door was opened before a trip but not reopened after the car is parked and the ignition is turned off, with an initial display in the instrument panel and a series of discrete honks. Nissan aims to have the rear door alerts in all four-door trucks, sedans and SUVs by model year 2022, the company said in a statement.

"We kept reading all these incidences of children accidentally left in cars and we were really worried," said Marlene Mendoza, a mechanical engineer at Nissan who developed the technology with fellow engineer and mother, Elsa Foley.

They asked themselves, "Is there something we can do?" Mendoza said.

They started brainstorming and working on the concept in 2014 but the idea for the alert came while Mendoza was pregnant and accidentally left a pan of lasagna in her backseat overnight. She said the car smelled for days after but it made her wonder about what could happen if she left something -- or someone -- more important back there.

"It can help so many people at different levels," she said.

GMC also developed a rear seat reminder feature in most of their 2018 models to help remind parents to look before they lock. Hyundai created a reminder system that detects children's movements in the backseat.

While child safety advocates are pleased car companies are implementing technology, they say it cannot stop there.

"I think all alert systems can be helpful," said Miles Harrison, of Purcellville, Virginia. "But alert systems alone will not work. It needs to be an alert system and a regular messaging system somehow. Because most people, myself included, can't believe this can happen to them. It's so unbelievable. You can't walk in someone else's shoes."

Harrison is one of the hundreds of parents and caregivers who have lost a child to vehicular heatstroke. His one-and-a-half-year-old son Chase died in July 2008 after Harrison accidentally left him in the backseat of his car and went to work instead of dropping him off at daycare. Harrison said it's imperative that more warnings and messaging about the dangers of leaving a child behind get shared in birthing centers, daycares and schools.

"It is terribly hard," he said. "I think part of it is this intense guilt that I still feel. The other part is I don't want parents to have to go through what I put my family through. I don't want them to have to wake up every morning like I do."

The National Highway Traffic Safety Administration created the Heatstroke Awareness Challenge in July to encourage the public to create and share short videos that spread awareness about heatstroke. The organization encourages parents and caregivers to check the backseat before locking, keep the keys out of reach of children to prevent them from getting in alone, and to take action if a child is left alone in a vehicle.

"As temperatures around the country continue to rise, and summer schedules change routines, we recognize, tragically, that the heatstroke death toll is only going to climb," said Heidi King, the Deputy Administrator of the National Highway Traffic Safety Administration in an op-ed. "It's up to everyone -- parents, guardians, and even bystanders -- to end these senseless and preventable tragedies."

A car's temperature can shoot up by 20 degrees in just 10 minutes and because of climate change, more days are expected to be hotter, according to the American Academy of Pediatrics. A child's body overheats faster than an adult's and starts shutting down at 104 degrees Fahrenheit. Twenty-six children have died so far from heatstroke in 2018 alone, according to the US Department of Transportation.

"We've introduced the Hot Cars Act and it would require a reminder alert system in all new vehicles to prevent hot car deaths," said Amber Rollins, director of the safety organization KidsAndCars.org. "It's not a prescriptive bill, so it doesn't call for any specific type of technology but it calls for the National Highway Traffic Safety Administration to take a look at what's available and decide what the best solution would be."

The bill was attached to the federal Self Drive Act, which was introduced and passed in the House in 2017. Its companion in the Senate, the AV Start Act, passed through the Commerce, Science and Transportation Committee but awaits confirmation by the full Senate. If the bill doesn't make it through, Rollins said it will be reintroduced in the next congressional session.

Safety can be looked at from several angles, Rollins said, citing examples of technology installed in the vehicle or added to car seats.

The child seat and stroller company Evenflo created SensorSafe, a chest clip that will connect with a wireless receiver that will trigger an alert to indicate someone is in the car seat and they've been buckled in. When the driver gets to their destination, it will sound an audio reminder that there's a baby in the back, Rollins said. Parents can also download an app for an additional prompt.

"It's a double layer of protection," Rollins said. "You've got the proactive alert, check the backseat and if that fails, then you've got this backup reminder alert to your cell phone."

There are even more sophisticated systems that would sense a child's presence through movement or carbon dioxide sensors, she added.

"You can also start doing something today, like putting your bag in the back," said Emma Klingman, a board member of the Sofia Foundation for Children's Safety. "It doesn't cost any money; you don't need to buy anything; you don't need a new car. We're really hoping we can help prevent this from happening to people even in the meantime as technology is being developed."