Capitol rioters shouted 'This is our house.' But the Capitol was built by enslaved Black Americans 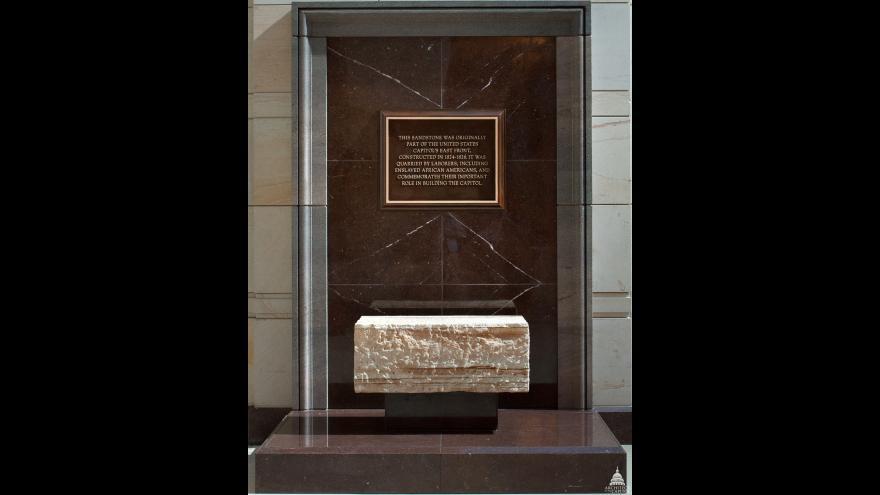 A commemorative marker at the visitor center honors the work of laborers, including enslaved African Americans, in building the US Capitol.

(CNN) -- "This is our country; this is our house," one rioter told a reporter while storming the US Capitol last week in support of President Donald Trump.

And that rioter wasn't alone. The sentiment of the Capitol being "our house," according to those who invaded the building, was heard multiple times throughout Wednesday's event.

But the US Capitol building was actually built mostly by enslaved African Americans, according to the Architect of the Capitol, the steward of landmark buildings in Washington, DC.

When Congress moved from Philadelphia to Washington in 1800, there were only a few carpenters, bricklayers and stone cutters already in the area, the Architect of the Capitol says. As a result, most of the building work fell on local laborers, largely enslaved Black Americans.

"These slaves, as well as other the laborers, quarried the stone used for the floors, walls and columns of the Capitol, sawed both wood and stone, and became skilled in brick making and laying," the Architect says. "Carpentry was also one of the more significant contributions slaves made to the construction of the Capitol as they framed the roof and installed its shingle covering."

In fact, it was an enslaved laborer named Philip Reid who played a key part in the creation of the Statue of Freedom, which sits on top of the Capitol. When it was time to move the plaster model to the foundry, the Italian sculptor hired to disassemble it refused, barring a pay raise. Reid, an enslaved laborer at the foundry, found a way to separate the five sections of the model so it could be transported.

In 2012, Congress placed a marker in the Capitol Visitor Center commemorating the role of laborers and enslaved African Americans in building the Capitol.

And the Capitol isn't the only significant building in Washington built by enslaved African Americans. The White House, too, used such labor in its construction.