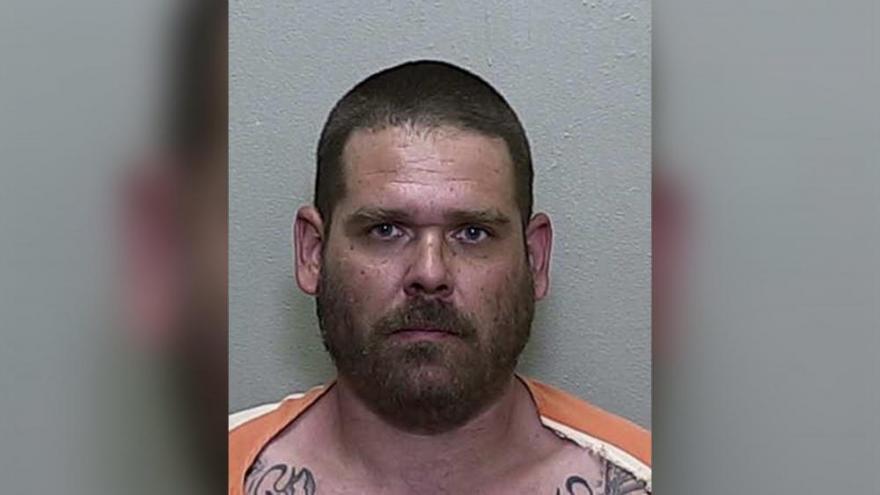 Michael Curzi, a US Capitol rioter who joined a white supremacist gang while in prison for attempted murder pleaded guilty July 12 to a misdemeanor related to the January 6 insurrection.

(CNN) -- A US Capitol rioter who joined a white supremacist gang while in prison for attempted murder pleaded guilty Monday to a misdemeanor related to the January 6 insurrection.

The rioter, Michael Curzio, was sentenced to six months in jail but will be released Wednesday because he has been in jail since mid-January and will receive credit for time already served.

"Mr. Curzio should be sentenced to the six-month statutory maximum," federal Judge Carl Nichols said at a hearing. "I am not in a position to be able to impose a longer sentence than that. I think that six-month sentence is appropriate here. Mr. Curzio will have, in two days, served that entire sentence."

Curzio is now the second Capitol rioter to learn his fate. More than a dozen rioters have pleaded guilty and are awaiting sentencing later this summer and in the fall.

It's highly unlikely that other rioters who plead guilty to the same charge will receive the full six-month maximum sentence. Curzio's case is unique, given his attempted murder conviction, and the fact that he has been incarcerated while awaiting trial since his arrest on January 14.

Curzio, 35, pleaded guilty to one count of unlawfully protesting inside the Capitol and agreed to pay $500 to repair damages to the complex. This has become the standard plea deal that the Justice Department has offered to many Capitol rioters who didn't act violently.

He has been in jail since his arrest on January 14 due to his past criminal history. He previously served time in prison for shooting his ex-girlfriend's new boyfriend in the chest. While behind bars, Curzio joined a White supremacist gang, which he says he did for his own protection.

Curzio has previously said he is no longer an active member of the gang, he still has gang-affiliated tattoos including swastikas and other Nazi symbols.

During the virtual court hearing on Monday, Curzio admitted his actions.

"I'm gonna own up," he said. "I did parade, demonstrate and picket (inside the Capitol). I can't deny that. You have it on video. I'm not gonna contest it."

The Justice Department said Curzio was part of a group of rioters that breached the Capitol Visitors Center. Police blocked them from going further, and after they didn't follow their orders to leave, they were arrested.

"Well, I didn't hear (the police) telling us to leave," Curzio said, when asked if he agreed with the prosecutors' description of his behavior. "When law enforcement came in and started arresting people, they grabbed me. And obviously, I was in the wrong on that part. Once the officer told me I was under arrest, I was compliant."

As the hearing wrapped up, Curzio asked to speak, and told the judge, "I accept responsibility for my actions and what I did. I want to thank you for being fair."