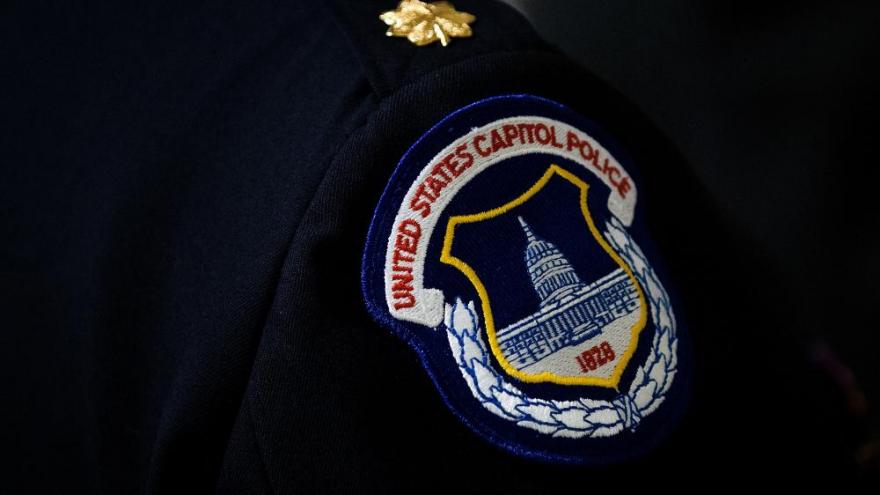 The veteran US Capitol Police officer who killed pro-Trump rioter Ashli Babbitt went public revealing his identity and defending his actions on January 6.

"I know that day I saved countless lives," Lt. Michael Byrd said in an interview with "NBC Nightly News." "I know members of Congress, as well as my fellow officers and staff, were in jeopardy and in serious danger. And that's my job."

The officer fatally shot Babbitt in the shoulder while she climbed through a window that led into the Speaker's Lobby, adjacent to the House chamber, while lawmakers were evacuating.

"I tried to wait as long as I could," Byrd said of the incident in the doorway. "I hoped and prayed no one tried to enter through those doors. But their failure to comply required me to take the appropriate action to save the lives of members of Congress and myself and my fellow officers."

The Justice Department said in April that Byrd wouldn't be criminally charged in connection with Babbitt's death, and the US Capitol Police said last week that he wouldn't face any internal discipline. He could still face civil litigation from Babbitt's family, which has threatened a lawsuit.

A Washington native who has been in law enforcement for 28 years, Byrd said he followed his training and repeatedly yelled at the mob, telling them to stop their advance toward the House chamber.

He said he was "taking a tactical stance" with his gun drawn while the mob approached. "You're ultimately hoping that your commands would be complied with. Unfortunately, they were not."

'I just want the truth to be told'

In the seven months since the insurrection, former President Donald Trump and his allies have attempted to frame a narrative around Babbitt's death and turned her into a martyr in right-wing circles.

Trump said Babbitt, a QAnon supporter and Air Force veteran, was an "innocent, wonderful, incredible woman." During a Fox News interview, Trump also falsely accused the officer of shooting Babbitt in the head. Republican lawmakers also peddled misleading claims about the incident, claiming Byrd was "lying in wait" to kill Babbitt and "executed" her in cold blood.

In the interview with "NBC Nightly News," Byrd said Trump's comments were "disheartening," and denied that he acted out of political animus. He protected Trump during his presidency when he visited the Capitol.

"I hope they understand I did my job," Byrd said of the Republicans who've criticized him. "There was imminent threat and danger to the members of Congress. I just want the truth to be told."

Many of the conspiracies have been fueled by the lack of transparency from Capitol Police and the investigators who reviewed the incident. Byrd spoke out on his own accord and has never been named by any government entity, even though it's common in many jurisdictions for police departments to publicly release the names of officers who are involved in fatal shootings.

Uncertainty about Byrd's identity created a new rallying cry -- "who shot Ashli Babbitt?" -- which Trump has brought up at recent rallies. Byrd's name has been floating around right-wing websites, and he said in the at-times emotional interview Thursday that he and his family have received death threats, including racist threats.

"They talked about killing me, cutting off my head," said Byrd.

In interviews with CNN earlier this year, Babbitt's family said she was "patriotic" and was at the Capitol to "express her First Amendment right and to answer the call of a still-sitting President."

The family says it's considering a multimillion-dollar lawsuit against Byrd, and they've already filed a civil lawsuit seeking records and other information from the police about the incident.

Their lawyer, Terry Roberts, said in an interview with Zenger News that he believed Byrd was unfit to serve or carry a gun in the Capitol. He also condemned the US Capitol Police for never publicly naming Byrd, which he claimed without evidence was kept secret because Byrd is Black.

"The US Congress wants to protect this man. He's got friends in high places and they want to protect him," Roberts said in the interview. "And they've done a pretty good job of it. ... I don't think it's a proud moment for the US Capitol Police or the US Congress."