Canadian conservationists are raising $1.7 million to buy an island and fend off developers 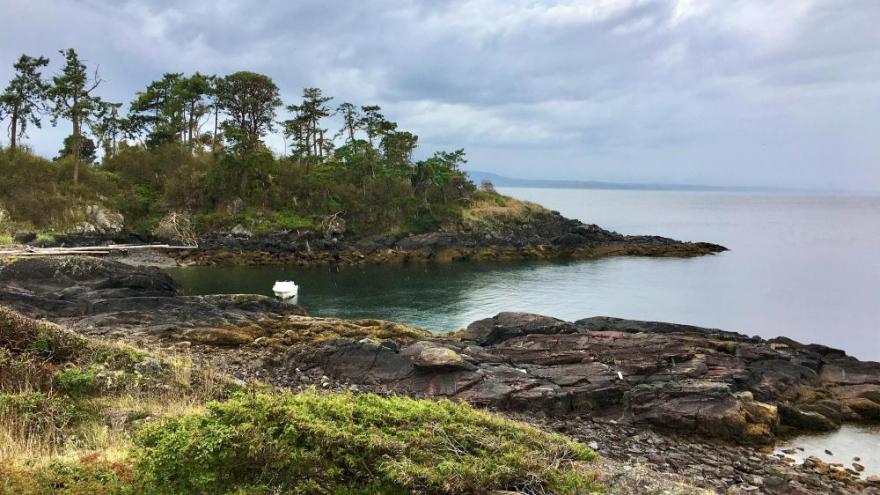 The BC Parks Foundation has just days to raise the remainder of the $1.7 million needed to buy the 100-acre island in the Salish Sea and protect it from developers. So far, the foundation has $122,415 left to raise by November 17, the deadline to purchase West Ballenas.

"It was named as one of the top 10 biodiverse sites in the Salish Sea off the coast of British Columbia, one of our most threatened ecosystems," BC Parks Foundation CEO Andy Day told CNN. "It's zoned for development, so if we don't buy it, it would be divided into a number of parcels and houses will be built on it."

The foundation plans to turn the island into a public park where conservationists can control the impact people have on the region by making certain areas off-limits and installing anti-pollution facilities, according to Day.

Since West Ballenas is home to many endangered animals and plant species, Days says it is critical that the foundation protect the island's ecosystems while giving people the opportunity to explore its stunning views.

"It's a beautiful spot and just perfect for kayaking and canoeing, so we certainly want people to be able to connect with it, but we need to make sure it's properly protected because there are endangered species on the island," Day added.

The island, which is completely undeveloped and in its natural state, is the habitat for endangered plants including the water-plantain buttercup, which only exists in West Ballenas and one other location in British Columbia. Found on the island are also red-listed Garry oak trees and a rare kinnnikinnick plant community.

Its waters contain diving sea birds, orcas and other marine animals. In the winter, its shores are also home to California and northern sea lions.

While the BC Parks Foundation works hard to protect as much land as possible in British Columbia, they can't do it alone.

The foundation is close to raising the money needed to buy the island with the help of donors giving $5 a month, philanthropists offering hundreds of thousands of dollars and even students holding bake sales to raise money for the cause, Day says.

"We wanted to give people the opportunity to pitch in whatever they can to be part of the movement and have an impact," he said.

One of the main groups Day praised for their help in making the West Ballenas purchase possible is a high school class of 14-year-olds who have been chopping wood and selling it.

One of these students is Isabelle Scott, a ninth grader at Ballenas Secondary School in British Columbia who has been chopping and stacking wood with 18 other classmates.

"I believe it is important to be a part of the solution when it comes to the environment, especially if it is local," she said. "If we manage to raise enough money to save the island, I hope it will stay there for as long as possible so I can eventually take my own kids there to experience what a beautiful place it is."

Scott said she also hopes the foundation can purchase the island to inspire other people around the world "to do their part in saving their own local ecosystems."

This is the second time the foundation is attempting to buy property in an effort to protect endangered ecosystems from being destroyed.

The first purchase was 2,000 acres of land in Princess Louisa Inlet, a coastal wilderness along BC's Sunshine Coast known for its massive cliffs and its diverse ecosystem of endangered animals. The foundation successfully crowdfunded over $3 million in just months in 2019 to buy the land and turn it into a protected park.