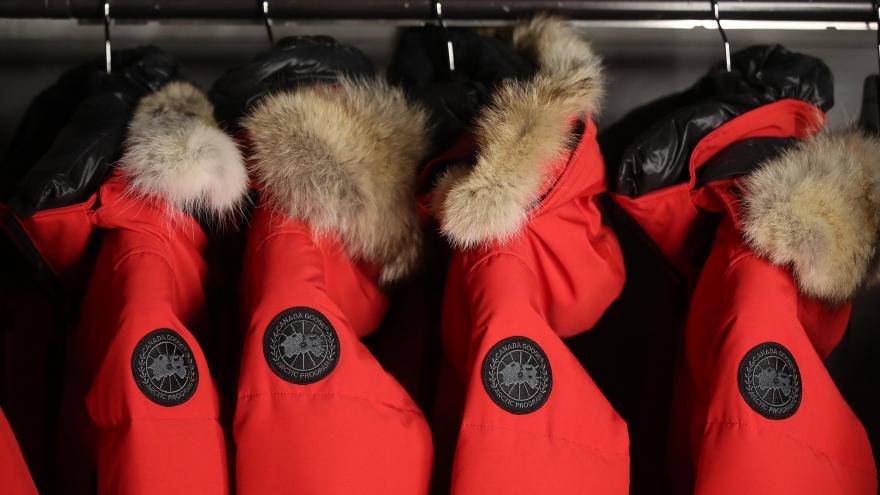 (CNN) -- Canada Goose is icing out the fur trims on its jackets.

The luxury clothier said Thursday it will stop buying fur by the end of this year and cease manufacturing fur products no later than the end of 2022.

Since the company's founding in 1957, wild coyote fur was the most-used fur trim for its parkas. Critics, including People for the Ethical Treatment of Animals, have been calling on the company for several years to stop using fur. PETA objects to how the coyotes are trapped and killed for their fur.

Canada Goose warned in its 2017 IPO filing that its reputation and sales could be hurt by protestors or animal welfare activists, who oppose the use of fur.

Thursday's announcement is part of Canada Goose's mission to become more sustainable. Earlier this year, it released it's "most sustainable parka to date" that uses 30% less carbon and requires 65% less water during production compared to its current parka. The Toronto-based company said it's committed to achieving net-zero carbon emissions by 2025.

Other companies have already committed to take real animal fur out of their inventories. In October 2019, Macy's and Bloomingdale's announced that they would stop selling fur this year. Saks Fifth Avenue said in April it will stop selling animal fur products by the end of the 2022 fiscal year both online and in stores.