Can Trump stick to a script beyond the State of the Union? 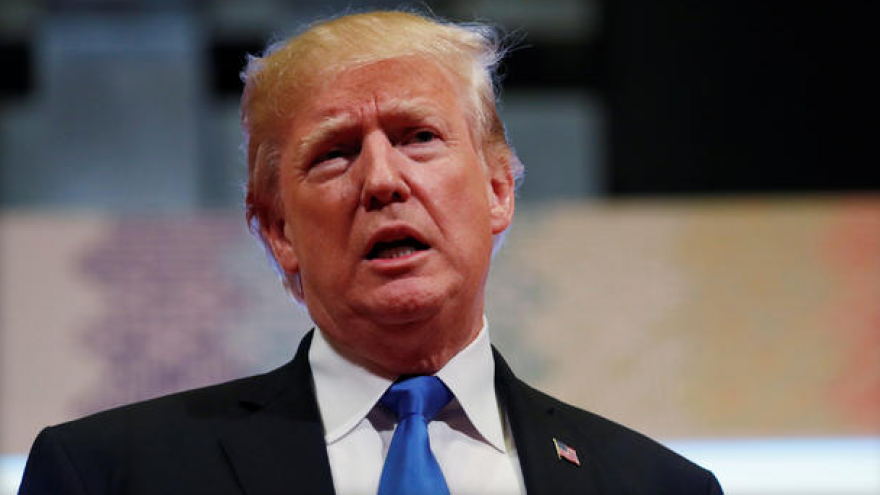 WASHINGTON (AP) — No natural orator, President Donald Trump has nonetheless shown at times that he can deliver a powerful speech that effectively outlines his vision, strikes an emotional chord and moves commentators to declare that he, at last, looks presidential. And then the teleprompter gets turned off.

Time and again, Trump has followed up a well-received, stuck-to-the-script address with moments of wild indiscipline, quickly losing any momentum in a controversy of his own making. His first State of the Union address on Tuesday will be the biggest test yet of his ability to not just deliver a stately speech but also to then stay on track as the White House rolls out policies building on it.

"He has little message discipline," said Ari Fleischer, former press secretary for President George W. Bush. "Virtually every time he moves the ball far down the field, he seems to derail himself with a tweet days later instead of building on the momentum."

The State of the Union is a big set piece for any president, a chance to showcase the accomplishments of the past year while setting the tone for the next one. Every word is meticulously vetted, every presidential guest is carefully chosen and each moment is painstakingly rehearsed. For Trump, dogged by low poll numbers and the persistent Russia probe, the speech carries particular importance.

"It's one of the few events presidents conduct in which 30 to 40 million or more Americans are watching," Fleischer said. "There is hardly another moment of presidential exposure as big as this one, and it's one when the president and his staff have all the control. They are not reacting to events. They are controlling them, and they need to deliver."

Last Feb. 27, Trump indeed delivered when he gave his first address to a joint session of Congress. The speech came amid a period of crisis for the young administration — national security adviser Michael Flynn had been dismissed days earlier — and amid questions about whether Trump had the ability and temperament to lead the nation.

Surprising critics, he sounded a rousing call for unity, declaring that it was time to end an era of "pure unadulterated division" in the wake of a bruising campaign and a tumultuous start to his presidency.

"The time for small thinking is over," Trump said. "The time for trivial fights is behind us. We just need the courage to share the dreams that fill our hearts. The bravery to express the hopes that stir our souls. And the confidence to turn those hopes and those dreams into action."

The speech, which also featured an emotional standing ovation for the widow of a slain Navy SEAL, drew raves from Republicans and grudging respect from many Democrats while prompting a number of observers to wonder if Trump had found his footing and was ready to usher in a new, more responsible chapter of his presidency.

That lasted less than a week.

On March 4, Trump typed out a series of tweets in which he accused President Barack Obama of authorizing a wiretap of Trump Tower, an unsubstantiated claim that Trump punctuated with the assertion that his predecessor was a "bad (or sick) guy!" The resulting furor derailed any momentum Trump had gotten from the speech and put the West Wing back on the defensive.

It's far from the only moment when Trump has squandered a brief era of good feelings. In June, he delivered a somber address to the nation after the shooting at a congressional baseball practice, and then two days later, he took to Twitter to attack his own Justice Department while declaring the Russia probe a "witch hunt."

And the day after he delivered a thunderous address as he accepted his party's nomination for president at the 2016 Republican National Convention, Trump turned what was supposed to be a brief thank you to volunteers into a score-settling screed, relitigating the conspiracy theory that his rival Ted Cruz's father had been involved in the assassination of President John F. Kennedy.

The White House has spent weeks crafting the State of the Union speech, seeking input from Cabinet heads and agency leaders. Led by policy adviser Stephen Miller and staff secretary Rob Porter, the speech has gone through a number of drafts that have circulated throughout the West Wing, and the president has added input with handwritten notes.

Trump is expected to highlight immigration and national security issues, outline his hopes for new trade deals and reveal some of his long-awaited infrastructure plans. He then could, as his predecessors did, spend some time traveling the country in support of those ideas.

Odds are that Trump sticks to the script for at least one night. All bets are off after that.